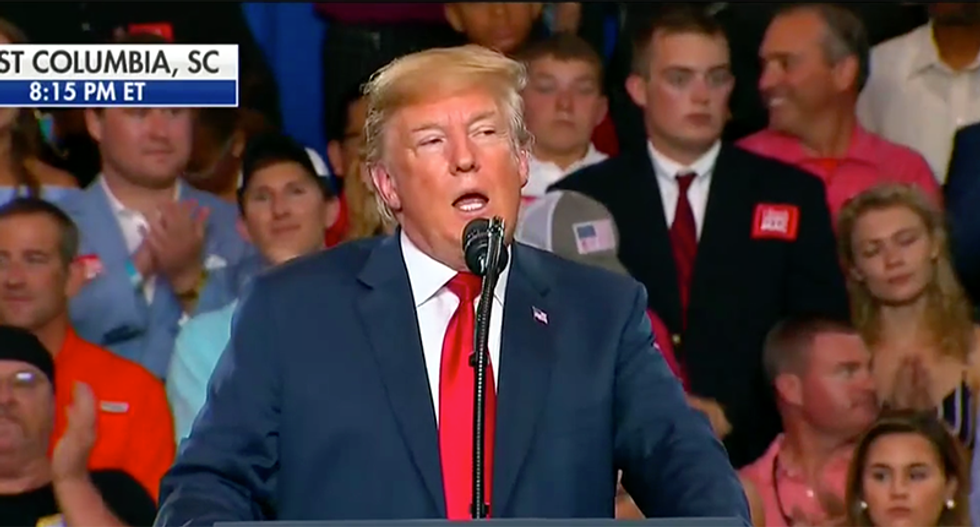 President Donald Trump regaled North Korea and the summit he participated in with dictator Kim Jong-un during his South Carolina rally Monday.

He went on to say that Olympic tickets weren't selling before the United States announced it was getting involved in talks.

"They were not selling," he said. "People didn't want to be nuked in a stadium as they watched the opening ceremony. They didn't want to be watching the opening ceremonies at the same time and looking up at the skies. How long will this last? They were not exactly selling tickets. The minute that happened -- he said he would like to be part of the Olympics out of nowhere. The minute that happened, they became a fantastic success. A great Olympics. Great Olympics."

He went on to praise Kim, saying that the two had "good chemistry."

"Not that easy. But they took down signs. Anti-United States signs all over North Korea. They're down. They came down. Anti-U.S. signs," Trump said. "Like I put up anti-media signs all over the place. You're worse than I am. No, we just want honesty."