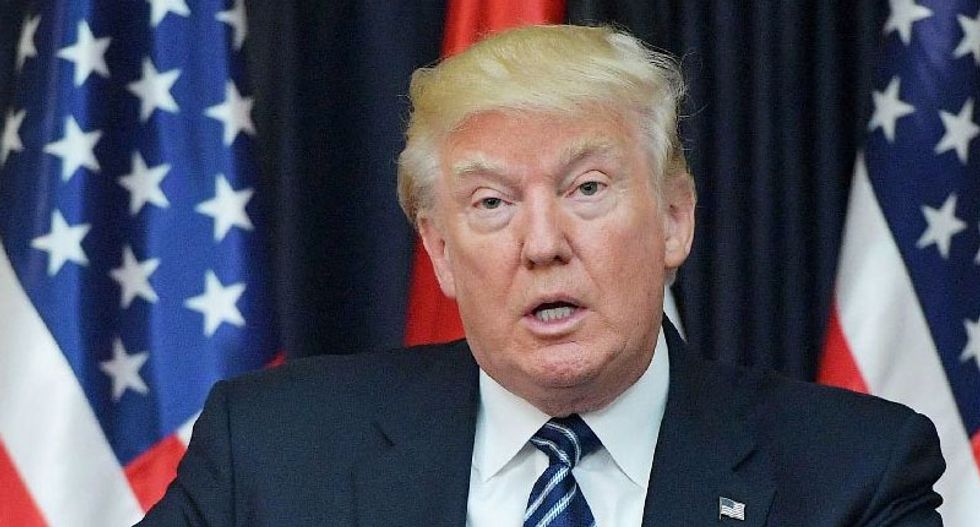 President Donald Trump on Friday completely dismissed the pain that he and his administration inflicted on immigrant families by dismissing them as "phony stories."

"We must maintain a Strong Southern Border," the president wrote on Twitter. "We cannot allow our Country to be overrun by illegal immigrants as the Democrats tell their phony stories of sadness and grief, hoping it will help them in the elections. Obama and others had the same pictures, and did nothing about it!"

We must maintain a Strong Southern Border. We cannot allow our Country to be overrun by illegal immigrants as the D… https://t.co/3Ms9tXU4Cv
— Donald J. Trump (@Donald J. Trump) 1529674986.0

While it's true that the Obama administration did detain immigrant families that illegally entered the United States, the Trump administration has been the first to forcibly separate children from their parents.

Additionally, Trump himself said just last week that it was "cruel" to separate families at the border -- and he tried to falsely pin the blame on Democrats for his own administration's policy.

"The Democrats are forcing the breakup of families at the Border with their horrible and cruel legislative agenda," he wrote on Twitter.