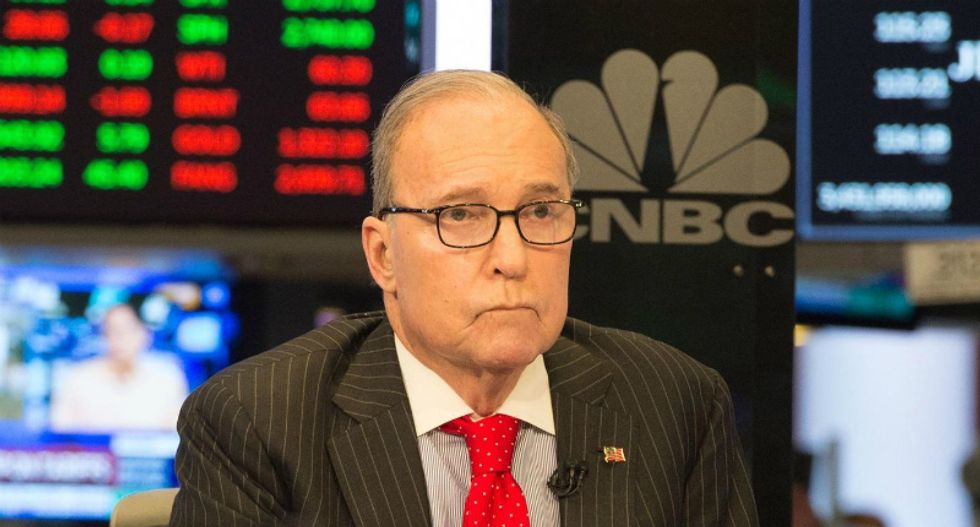 “Our Great Larry Kudlow, who has been working so hard on trade and the economy, has just suffered a heart attack. He is now in Walter Reed Medical Center,” Trump said.

Later, White House spokeswoman Sarah Sanders, who was traveling with the president, issued a statement that said Kudlow’s doctors said he had a “very mild heart attack”.

“Larry is currently in good condition ... and his doctors expect he will make a full and speedy recovery,” she said.

A longtime television commentator, Kudlow, 70, was hired by Trump in March to replace Gary Cohn as director of the National Economic Council.

Kudlow joined the president at the Group of Seven summit in Quebec on Friday and Saturday. He did several media interviews on Sunday to vigorously defend Trump amid a trade spat between the president and Canadian Prime Minister Justin Trudeau.

Trudeau, in a news conference on Saturday, had reiterated his strong objections to steep U.S. tariffs on Canadian exports of steel and aluminum. In return, Trump called the Canadian leader “very dishonest” and “weak,” and said the United States would not endorse a joint G7 communique.

In an interview with CNN on Sunday, Kudlow said Trudeau “really kind of stabbed us in the back.”

Kudlow, a Republican who served as an economic adviser to former President Ronald Reagan in the 1980s and also worked on Wall Street, is an ardent advocate of “supply side” economic policies that focus on cutting taxes and reducing regulations.

He has acknowledged ups and downs in his life, having been addicted to drugs and alcohol before getting sober more than 20 years ago.

When he was a CNBC contributor before taking the White House job, Kudlow argued the metals tariffs Trump had announced would harm consumers. The month he was tapped for the White House job, he co-authored an article that argued such tariffs were akin to sanctions on the United States itself.

At the White House, however, he has been one of the most visible and vocal of advisers arguing that the president was simply trying to fix a broken global trade system in which the United States was not being treated fairly.

Reporting by Eric Beech in Washington and Steve Holland in Singapore; Editing by Tim Ahmann, Peter Cooney and Richard Borsuk