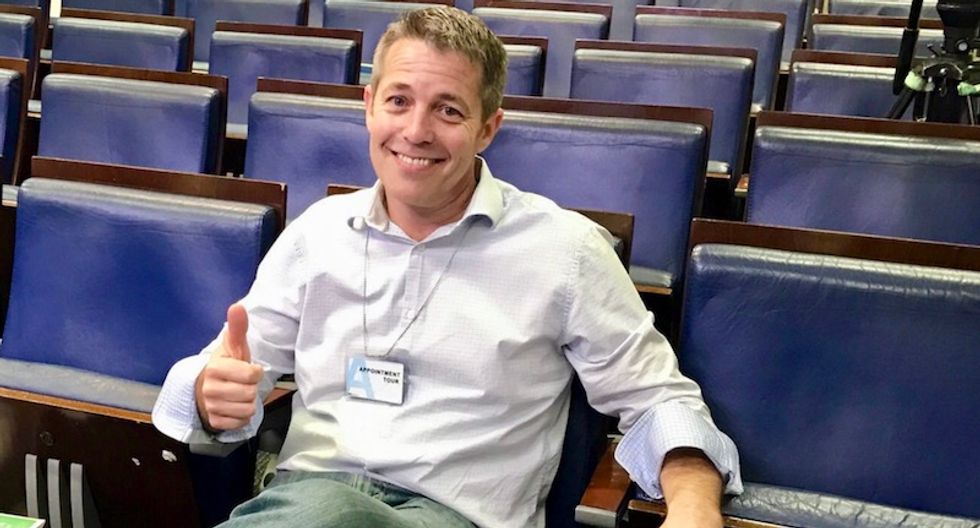 A Trump-loving Alabama state representative has been charged with Medicare fraud in what prosecutors allege was an elaborate over-billing scheme, WHNT reports.

Ed Henry of Hartselle, who retired from the statehouse after the last session, has been a loud supporter of both Donald Trump and accused child molester Roy Moore.

He ran a company called MyPractice24 which provided chronic care management services which arranged appointments and prescription refills without meeting with patients in person.

Henry and a doctor in Montgomery allegedly had a scheme in which the doctor referred patients to Henry and Henry paid him kickbacks.

The firebrand conservative once told a crowd that he had "murdered" his child by accompanying his pregnant girlfriend to an abortion clinic.

"I made a decision that I will always regret," he said. "I murdered my child, my first child," he said.

He also referred to Bill Clinton as a "likely rapist" and openly mocked people who complained about Moore's alleged child molestation.

It is ironic that Lying Hillary blast Trump as a sexist when she is married to Bill, who is likely a rapist. @KellyannePolls
— Ed Henry (@Ed Henry)1474944955.0

When he decided not to run for re-election he said that it was "hard" to be a legislator because he was surrounded by a culture of corruption and that it was hard to reject "the magnitude of the pressure to accept that corruption."

If convicted he could go to prison for 10 years.

Watch a cringe-worthy interview about corruption below.

Republican strategists are telling Politico that President Joe Biden is so "boring" that he's forcing them to change up their strategy for the 2022 midterm elections.

While the GOP successfully rode its base's rage at former President Barack Obama to victories in the 2010 midterm elections, GOP strategists say that same approach won't work as well with Biden in charge because he "doesn't induce rage" the same way.

A pair of White House officials were overcome by the mysterious "Havana syndrome" late last year, according to newly revealed details.

Multiple sources say two officials on the National Security Council were affected by the illness, which has sickened more than 100 U.S. diplomats, spies and troops around the world, in November 2020, reported CNN.