Trump mocks man for having long hair: 'Is that a man or a woman?' 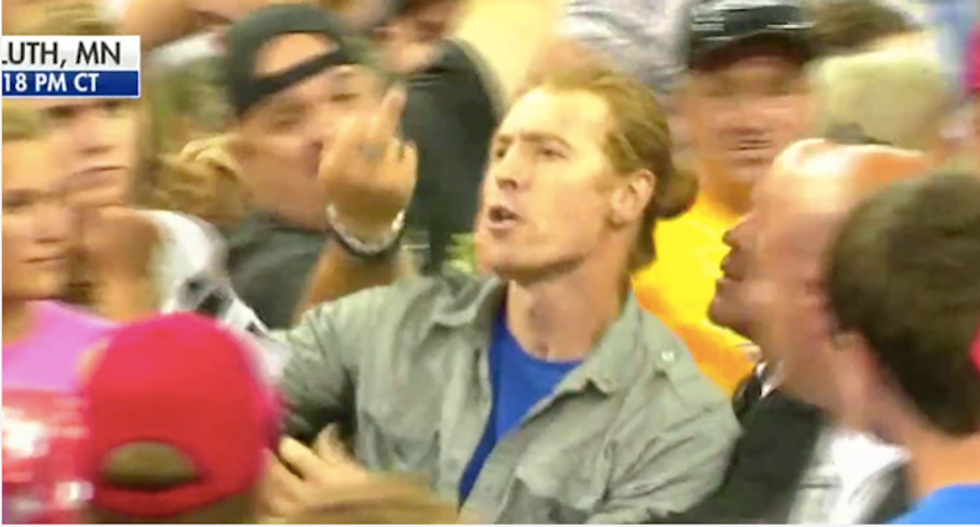 On Wednesday, when a protestor interrupted President Donald Trump's address in Duluth, Minnesota, the President taunted him with a "bye bye" and "go home darling" and claimed reporters would inflate the lone protestor to a mass demonstration.

As the man was dragged out of the hall to boos from the crowd, Trump mocked his hair and gender. "Is that a man or a woman?" he shouted to gleeful cheers from the crowd. "He needs a haircut more than I do!" he continued, in full Nixon hippie-punching mode.