Trump officials claim they are still working to reunite 2,053 children with families 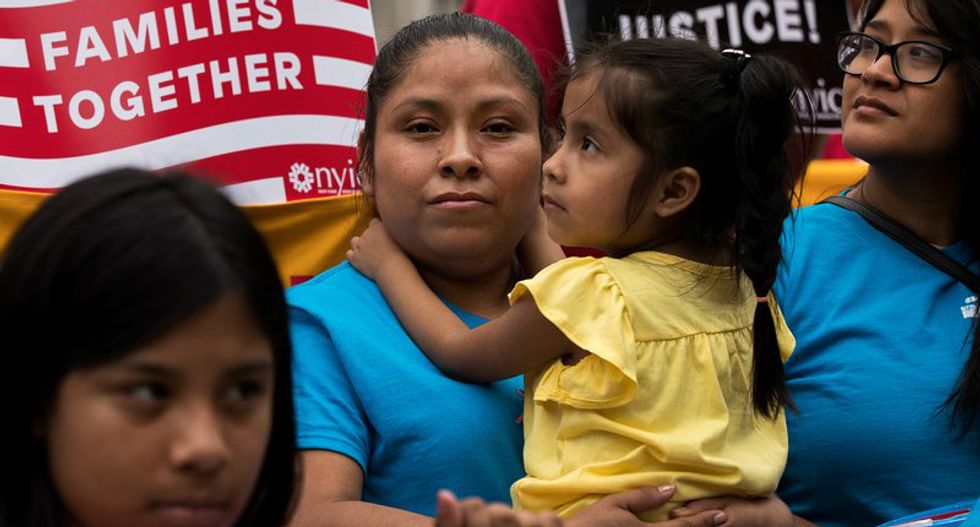 The U.S. government said it still had 2,053 children in its custody who were separated from their parents under President Donald Trump’s “zero tolerance” immigration policy, and set out its most detailed plans yet on how it would reunite families.

The Department of Homeland Security (DHS) said late on Saturday it had a “well coordinated” process in place - in the face of criticism from lawyers for parents and children who have said they have seen little evidence of an organized system.

A total of 522 children had already been reunited with parents, the agency added in a fact sheet published three days after Trump ended his policy of separating families on the U.S.-Mexico border, after images of youngsters in cages triggered outrage at home and abroad.

“The United States government knows the location of all children in its custody and is working to reunite them with their families,” the DHS said.

The new details came after more than two months of confusion how detained migrant parents, who are shuttled from facility to facility run by different government agencies, would ever reunite with their children, who are sent to shelters and foster homes scattered across the country.

The fact sheet said the Trump administration has a process for how parents would be reunited with their children “for the purposes of removal,” or deportation.

Deportation proceedings could take months to complete, and the fact sheet did not say whether parents and children would be reunited in the intervening time. DHS officials did not immediately respond to questions about the process explained in the fact sheet.

The Port Isabel detention center in Texas will serve as “the primary family reunification and removal center” for adults in ICE custody, the statement said.

Many of the parents are planning to claim asylum, lawyers and advocates who have spoken with them said. The fact sheet did not say how reunifications would be handled in those cases.

The fact sheet said children are given the chance to speak with a “vetted parent, guardian or relative” within 24 hours of arriving at a facility run by Department of Health and Human Services (HHS) - the agency that has custody of the children.

Sirine Shebaya, a senior staff attorney with Muslim Advocates, said she and two other lawyers met about 70 detained Central American migrants at Port Isabel on Friday and Saturday. All but one had been separated from their children, she added in an interview before the fact sheet was published.

Several of the migrants had been given a number to call to try to locate their children, but found their calls wouldn’t go through or no one picked up, she said. If they did manage to get someone on the line, they were often told they would get a call back – useless to them while in a detention center.

“When they do get a phone call, it’s a one-to-two minute phone call and the kids frequently don’t know where they are,” she said. “Some kids know, ‘OK I’m in Michigan,’ but they don’t know any more than that.”