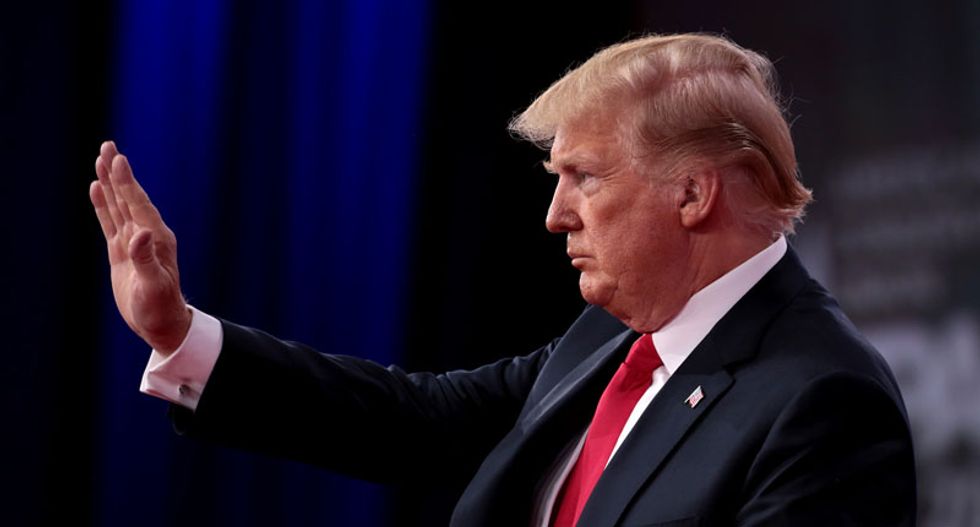 U.S. President Donald Trump is not backing down from the tough line he has taken on trade, the White House’s top economic adviser said on Wednesday, setting the stage for a showdown with top allies at this week’s G7 summit in Canada.

The meeting on Friday and Saturday in Charlevoix, Quebec, will be the first chance G7 leaders have had to confront Trump in person since U.S. tariffs on steel and aluminum imports from Canada, Mexico and the European Union were imposed last week.

That move unleashed fury in the Group of Seven (G7)industrialized nations and prompted quick retaliation from Canada and Mexico and a promise from the EU to do so as well, unnerving investors who fear a trade war that could damage the global economy.

Canadian Prime Minister Justin Trudeau, the summit host, and British Prime Minister Theresa May, who will also attend, are among those to sharply criticize the U.S. tariffs as unjustified and punitive.

“There are disagreements. He’s sticking to his guns. And he’s going to talk to them,” Larry Kudlow, Trump’s top economic adviser, told reporters in Washington. “The lines are open, the negotiations are ongoing.”

Kudlow added that the United States and China had not yet reached a deal to resolve Trump’s demand for a smaller U.S. trade deficit with China. Washington has demanded that Beijing take steps to open its markets further to U.S. goods.

The U.S. trade deficit, however, fell to a seven-month low in April as exports rose to a record high, the U.S. Commerce Department reported on Wednesday.

Trump, who has vowed to protect U.S. industry and workers from unfair international competition as part of an “America First” agenda, is due to hold bilateral meetings with Trudeau and French President Emmanuel Macron during the summit, Kudlow said.

The meeting with Trudeau could be particularly frosty, given Trump’s recent sharp criticism of Canada’s trade policies and the anger in Ottawa over Washington’s decision to justify its new tariffs on national security grounds.

Ottawa is also frustrated with the slow-moving talks to update the North American Free Trade Agreement, the 1994 agreement between Canada, the United States and Mexico.

“I know we’re going to have some very, very frank conversations quite clearly around the table,” Trudeau told Global TV in an interview, adding he would convey Canada’s displeasure over the metal tariffs personally when he met Trump in Quebec.

Two sources in Ottawa said divisions between the United States and other G7 members were so great that senior officials in charge of each nation’s preparations planned to hold an unusual additional meeting the night before the summit in a bid to find consensus.

Canada and Mexico already have retaliated against a range of U.S. exports that include pork, bourbon and steel, and the EU has promised to do so as well, raising the specter of a tit-for-tat trade war that could damage the world economy.

U.S. stocks, apart from those of steel and aluminum producers, have fallen sharply in response to Trump’s recent announcements of tariffs and other measures against trading partners. U.S. stocks were trading higher on Wednesday.

Expectations for a resolution of the trade row this week are low after finance leaders from the United States’ G7 partners butted heads with U.S. Treasury Secretary Steven Mnuchin at a meeting last week in the Canadian resort town of Whistler, British Columbia.

Adding to the uncertainty is European anger over Trump’s decision to pull the United States out of the international nuclear agreement with Iran. European allies have urged Trump to reconsider.

Ministers from Germany, France and Britain have already written to U.S. officials urging them to shield European companies working in Iran from getting caught up in Washington’s new sanctions on Tehran.

“I will of course try to speak to the U.S. president about the current problems that we have overall, in particular on Iran and on trade tariffs,” Merkel told the Bundestag lower house of parliament during a question-and-answer session with lawmakers.

Reporting by David Ljunggren in Ottawa and Roberta Rampton in Washington; Additional reporting by Jason Lange and Tim Ahmann in Washington and Paul Carrel and Madeline Chambers in Berlin; Writing by Paul Simao; Editing by Alistair Bell