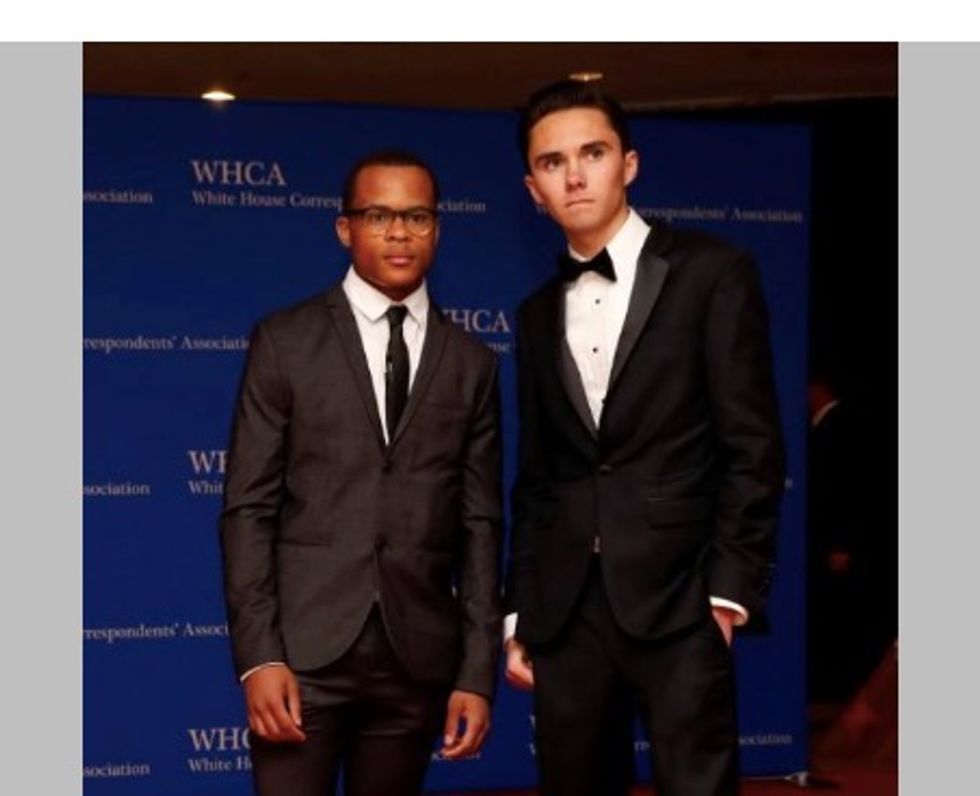 Every school day, Zion Kelly passes by the locker once used by his slain twin brother, Zaire, who was shot in the head during an attempted robbery in their Washington, D.C. neighborhood last September.

Zaire is one of more than 170,000 youths between the ages of 5 and 24 that have been killed by gun violence in the United States since the Centers for Disease Control and Prevention (CDC) began collecting data in 1981.

A statistical analysis released on Friday by the CDC’s National Center for Health Statistics shows the rate of gun deaths among adolescents aged 10 to 19 rose between 2014 and 2016 after a seven-year decline.

Since his twin’s killing, Kelly, 17, has made it his mission to draw attention to the scourge of urban gun violence that disproportionately affects racial minorities but often does not get the same media attention as mass shootings.

“After the rally, a lot of people understood that students just like me face gun violence a lot more than students in Parkland,” Kelly, who is black, said, referring to a speech he gave at the March For Our Lives rally on March 24.

The event in the nation’s capital was organized by survivors of the February shooting at the Marjory Stoneman Douglas High School in Parkland, Florida, where 17 people were killed.

In 2012, for example, 90 people in the United States were killed in mass shootings. That same year, 6,000 black men were killed by firearms, according to the Giffords Law Center to Prevent Gun Violence, a legal advocacy group for gun control.

The number of 10- to 19-year-olds killed by guns has fluctuated in recent years, the CDC said in its analysis, which did not discuss reasons for rises and falls.

Zion Kelly’s brother is one of two students shot fatally in separate incidents in the past year at Thurgood Marshall Academy, a school attended predominantly by black students that is a short drive across the Anacostia River from the U.S. Capitol.

Their empty lockers sit just down the hall from one another, the facades now adorned with messages from grieving students.

The Kelly family has proposed the Zaire Kelly School Zone Amendments Act, a law that increase protection for students traveling to and from school. Along with more gun-free zones, it would expand the definition of a student to include those in secondary school through vocational school and university.

Zion Kelly has also become a local public advocate for changes to gun laws, sharing his brother’s story at speaking engagements around the city.

While Kelly takes comfort in his newfound activist role, he is still haunted by the events leading to the murder of his brother, with whom he ran track and called “my best friend.”

“It’s like a roller coaster, because ... through grief you never know when you could be triggered by something,” he said. “Especially in school, I can’t focus.”

The events of that night are etched in his memory: A man with a gun tried to mug him as he walked home from school, but he ran. Once safe, he texted his brother, warning him to be careful. Zaire texted back: he would be fine; he had a knife.

After that, Zion Kelly never heard from his brother again. Just steps from their home, Zaire was killed by the same man who had confronted the twin earlier. The assailant also died after being stabbed by Zaire.

Now, just weeks from graduation, Kelly is preparing to pass into adulthood without him. He wants to attend college in Florida in the fall but hopes to keep pressing his message of gun reform.

“I think that my brother would be very proud of me,” Kelly said. “I just wanted to try to do something for him, so I can make change.”