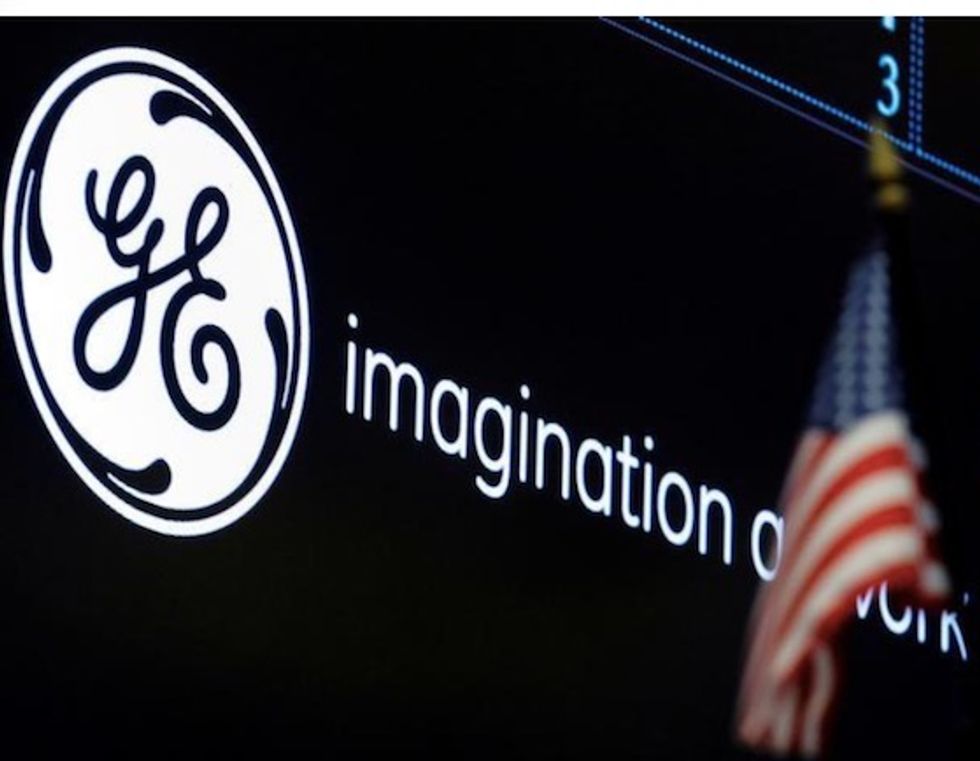 FILE PHOTO: The ticker and logo for General Electric Co. is displayed on a screen at the post where it's traded on the floor of the New York Stock Exchange (NYSE) in New York City, U.S., June 30, 2016. REUTERS/Brendan McDermid/File Photo

Union leaders plan to meet with General Electric Co on Wednesday in a bid to avert closure of a Virginia factory that makes controls for GE’s power plants, the company and the union said on Tuesday.

General Electric said last week that it intends to cease manufacturing at the facility and eliminate about 265 jobs because of declining power plant orders. The work will be moved to outside vendors and companies in India and China, the union said. GE said the changes will take 12-to-24 months.

The Boston-based industrial conglomerate is under pressure to generate growth and profit in its $35 billion power business after steep declines last year.

Low cost wind and solar electricity are slowing construction of new fossil-fuel power plants and forcing closure of old ones.

GE’s stock has fallen 44 percent since John Flannery became chief executive in August. The company said in December it would eliminate 12,000 jobs in its power unit.

“Based on the ongoing challenges in the power industry and a significant decline in orders at this facility, we announced our intent to close our manufacturing facility in Salem, Virginia, and move the remaining work to other GE locations or to supplier partners,” GE said in a statement emailed to Reuters on Tuesday.

A GE email sent to the union last week said volume at the plant had fallen 35 percent in the past two years and that the facility was operating at about 40 percent of capacity.

The email also cited price competition in the shrunken power-plant market. “Product cost continues to be a major influencer when customers are selecting their next controls solution,” it said. GE competes with Siemens AG, Mitsubishi and others.

Prior efforts to downsize and cut costs at the factory, including layoffs and not filling vacant positions, “have not been enough,” the email said.

About 200 workers will remain at the facility, including engineers for GE’s power plant control systems.

GE spokesman Greg Gibbons said a small training center at the site will be run by ABB Ltd after it acquires GE’s Industrial Solutions business. GE plans to sell the building and lease it back, he said.

Wednesday’s meeting will allow the union to begin talks on how to save the plant, Vicky Hurley, president of IUE-CWA Local 82161 told Reuters.

The union has 60 days to propose an alternative to closure of the factory, which opened in 1955 and employed thousands.