US government says nearly 2,000 child separations at Mexico border in under two months 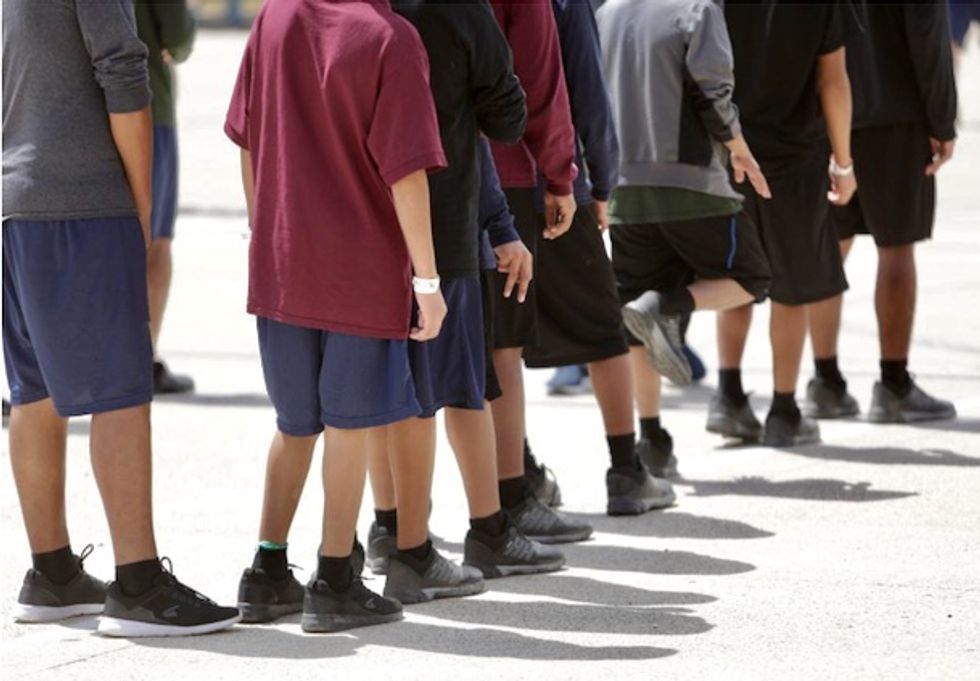 FILE PHOTO: Occupants at Casa Padre, an immigrant shelter for unaccompanied minors, in Brownsville, Texas, U.S., are seen in this photo provided by the U.S. Department of Health and Human Services, June 14, 2018. ACF/HHS/Handout via REUTERS

The government said on Friday that 1,995 children were separated from 1,940 adults at the U.S.-Mexico border between April 19 and May 31, as the Trump administration implements stricter border enforcement policies.

The number represents a dramatic uptick from the nearly 1,800 family separations that Reuters reported had happened from October 2016 through February of this year. The official tally of separations is now nearly 4,000 children, not including March and the beginning of April 2018.

In May, U.S. Attorney General Jeff Sessions announced a ‘zero tolerance’ policy in which all those apprehended entering the United States illegally would be criminally charged, which generally leads to children being separated from their parents.

The families were all separated so the parents could be criminally prosecuted, said a spokesman for the Department of Homeland Security, who declined to be named, on a call with reporters.

“Advocates want us to ignore the law and give people with families a free pass,” said the official. “We no longer exempt entire classes of people.”

The Department of Homeland Security did not immediately respond to a request to provide a breakdown of the age of children separated from their parents and held in custody, but the official said they do not separate babies from adults.

A border patrol official on the call said children are sometimes separated from the adults they are traveling with if officials suspect the relationship is fraudulent.

Reuters reported that around 13 percent of family separations in the 17-month period through February were because of alleged fraud.

Government officials on the call did not go into detail about where the children are being held. Once children are separated, they are treated as unaccompanied minors under the care of the Department of Health and Human Services, which houses them in government facilities, puts them in temporary foster care, or releases them to adult sponsors in the United States.

The moves by the government to separate families have been widely decried by medical professionals, the United Nations, and a wide swath of U.S. religious leaders.

Attorney General Jeff Sessions addressed the concern from some church leaders in a speech on Thursday, citing a biblical passage that talked about following the law.

Immigration advocates have also criticized a recent move by Sessions that narrowed who can qualify for asylum in immigration court in the United States.

The officials on the call said the stricter standards would also apply to the initial screening process to determine whether immigrants crossing the border have a “credible fear” of returning to their home countries.