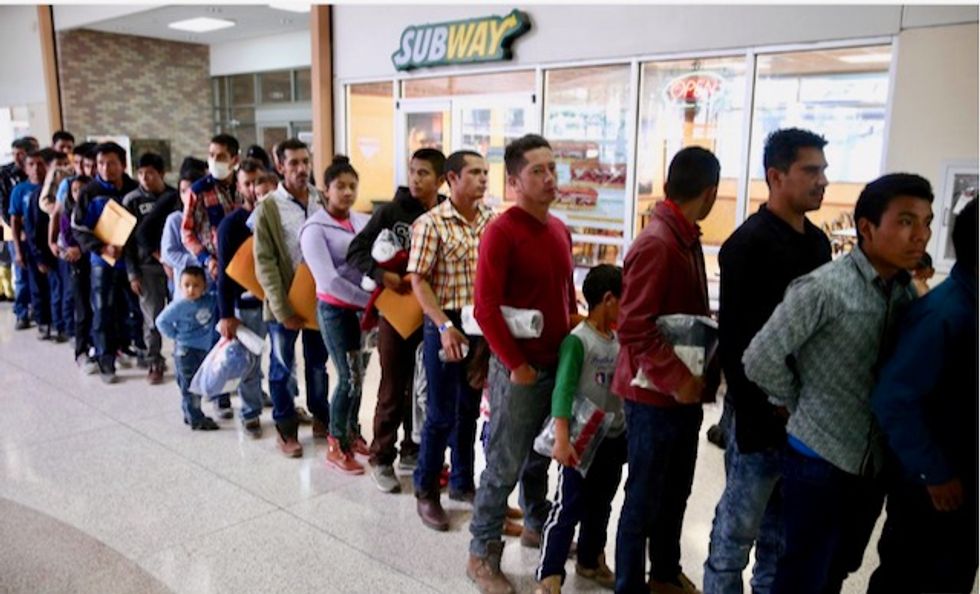 The US Navy plans to build sprawling detention centers for tens of thousands of immigrants on remote bases in support of President Donald Trump's "zero tolerance" policy against unlawful migration, a report said Friday.

According to a draft memo obtained by Time magazine, the navy plans to build "temporary and austere" tent cities to house 25,000 migrants across three abandoned air fields in Alabama, 47,000 people at a facility near San Francisco, and another 47,000 at a training center in southern California.

The document estimates the navy would spend $233 million to run a facility for 25,000 over six-months.

"At this time there has been no request from DHS for DoD support to house illegal migrants."

The fate of 2,300 children wrested from their parents at the US border with Mexico remained unclear Friday two days after Donald Trump ended migrant family separations.

While the US leader bowed to global outrage over the splitting of families, conflicting messages were contributing to a sense of chaos in the handling of the crisis.

But having been forced into a climbdown, Trump swung back into fighting mode -- insisting he remained committed to the "zero tolerance" policy that aims to deter the flow of migrants from Central America.

"We must maintain a Strong Southern Border. We cannot allow our Country to be overrun by illegal immigrants as the Democrats tell their phony stories of sadness and grief, hoping it will help them in the elections," he tweeted.

Trump also met at the White House with parents of victims killed by undocumented immigrants.

The parents standing with Trump have been "permanently separated from their loved ones," the president said, "because they were killed by criminal illegal aliens."

With Politico's headline stating, "Some Trump aides stuck with him till the ned. Now they're screwed," the report states that it's not just lower-level staffers who are being shut out, it even includes former White House Chief of Staff Mark Meadows.