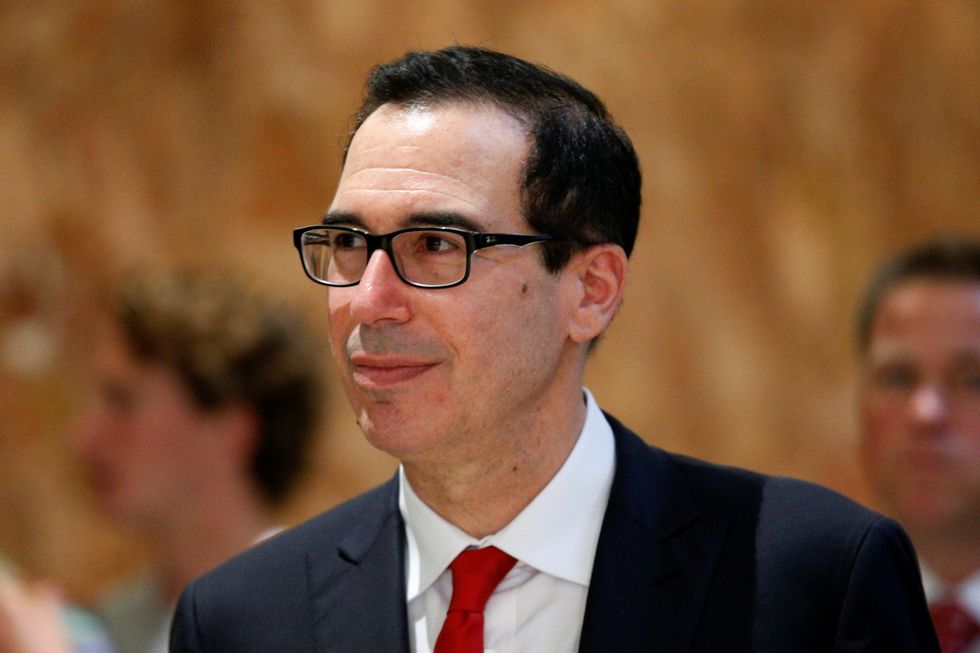 The U.S. Treasury imposed sanctions on three Russian individuals and five companies on Monday, saying they had worked with Moscow’s military and intelligence services on ways to conduct cyber attacks against the United States and its allies.

“The United States is engaged in an ongoing effort to counter malicious actors working at the behest of the Russian Federation and its military and intelligence units to increase Russia’s offensive cyber capabilities,” Treasury Secretary Steven Mnuchin said in a statement.

“The entities designated today have directly contributed to improving Russia’s cyber and underwater capabilities through their work with the FSB and therefore jeopardize the safety and security of the United States and our allies,” Mnuchin said, using an acronym for Russia’s Federal Security Service.

The designation blocks all property of those targeted that is subject to U.S. jurisdiction and prohibits American citizens from engaging in transactions with them.

Moscow had no immediate comment on the new sanctions.

The Treasury said Russia’s “malign and destabilizing cyber activities” included the NotPetya attack last year, which spread across Europe, Asia and the Americas. The White House in February blamed Russia for the attack, saying it caused billions of dollars in damage and was part of the Kremlin’s effort to destabilize Ukraine.

The attacks also included assaults on the U.S. energy grid and on internet routers and switches, the Treasury said.

“Today’s action also targets the Russian government’s underwater capabilities,” it said. “Russia has been active in tracking undersea communication cables, which carry the bulk of the world’s telecommunications data.”

Divetechnoservices’ offerings include the design, manufacture and supply of professional diving equipment, wrecking and underwater work, according to its website.

The individuals named on Monday all had ties to Divetechnoservices: its general director, Aleksandr Lvovich Tribun; its program manager, Oleg Sergeyevich; and Chirikov and Vladimir Yakovlevich Kaganskiy, the company’s owner.

At the time, the administration publicly blamed Moscow for the first time for a campaign of cyberattacks that targeted the U.S. power grid, including nuclear facilities, and stretched back at least two years. Russia has denied trying to hack into other countries’ infrastructures.

Trump has faced fierce criticism in the United States for doing too little to punish Russia for the election meddling and other actions. Special Counsel Robert Mueller is looking into whether Trump’s campaign colluded with the Russian government. Trump has repeatedly denied there was any collusion and Russia has said it did not meddle in the election.