Some US states taking electoral maps out of politicians' hands 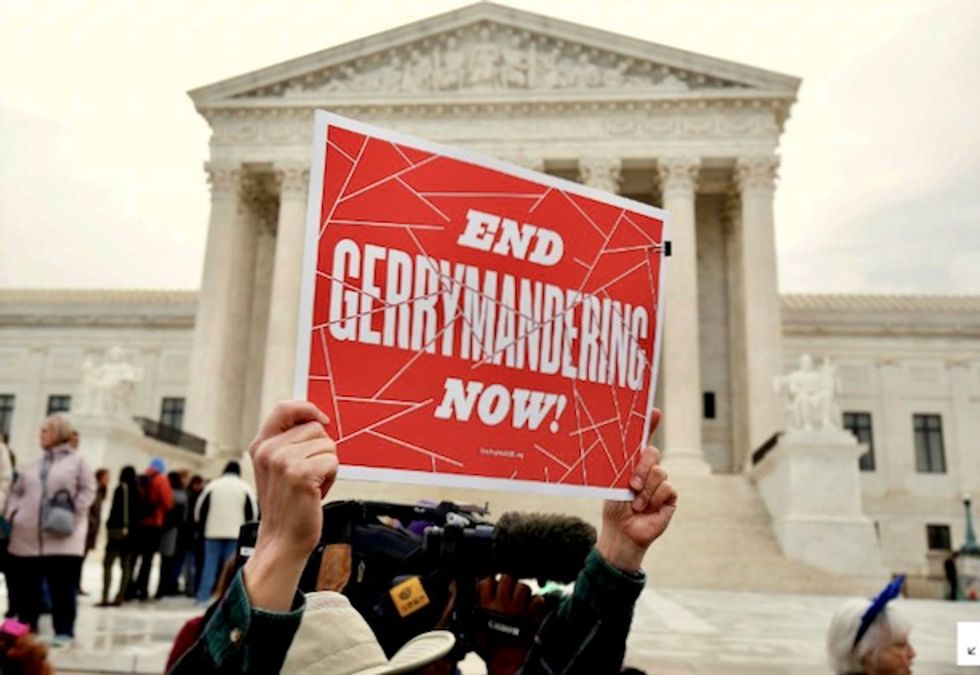 The U.S. Supreme Court is due to rule by the end of June on the contentious practice called partisan gerrymandering in which state legislators draw electoral maps designed to entrench their own party in power, but states in growing numbers already are taking action to rein in the politicians.

Ohio last month became the eighth state to turn to some form of a separate commission for redrawing U.S. House of Representatives districts after the national census each decade to squelch gerrymandering. Thirteen states, including Ohio, use commissions for state legislature districts as well.

Clamoring for more fairness in elections, Ohio voters on May 8 approved with a 75 percent majority a state constitutional amendment to create a bipartisan commission to draw district boundaries if the state legislature fails to produce a plan acceptable to both Republicans and Democrats. The plan earlier won overwhelming support in Ohio’s legislature.

If the Supreme Court rules against voters in Wisconsin and Maryland who challenged partisan gerrymandering in those states, legal experts said more states may consider efforts like Ohio’s.

The justices in 2015 gave their stamp of approval to independent commissions to handle redistricting, upholding a voter-approved Arizona plan that stripped state lawmakers of their role in mapping congressional districts in a bid to remove partisan politics from the process.

About a quarter of U.S. states have given a commission either full or partial authority in redistricting. These commissions vary in form, some allowing elected politicians as members and other more independent ones not allowing them. Some commissions merely advise lawmakers.

In addition to Ohio and Arizona, the others include Alaska, Arkansas, California, Colorado, Hawaii, Idaho, Missouri, Montana, New Jersey, Pennsylvania and Washington state, according to the National Conference of State Legislatures.

More states could join them soon, with groups proposing ballot initiatives in Michigan, Utah and Oklahoma this year, according to the New York University School of Law’s Brennan Center for Justice.

Partisan gerrymandering dates back two centuries, but critics have said it has become more extreme and has begun to warp democracy. Legislators in some states have used precise voter data and computer modeling to craft electoral maps that systematically maximize the clout of voters who support the party in power and marginalize those who do not.

In the Supreme Court cases, Democratic voters in Wisconsin and Republican voters in Maryland argued that partisan gerrymandering violated their rights under the U.S. Constitution, either the rights to free speech and association or the guarantee of equal protection under the law.

The rulings could be among the most consequential of the court’s current term, reverberating through American politics for decades. But the justices could resolve the cases in a variety of ways. Without deciding the constitutional questions, they could rule that such claims cannot even be brought in federal courts.

If that happens, “we’ll see more fighting in the political arenas, more in state courts and more movements to amend state constitutions,” said voting rights scholar Michael Morley, who wrote a brief for the Republican National Committee supporting the Wisconsin Republicans who drew the contested districts.

The justices potentially could find that the Wisconsin plaintiffs lacked the necessary legal standing to challenge the electoral maps and issue a narrow ruling in the Maryland case, leaving them to decide the matter more broadly in a future case, perhaps one involving North Carolina.

The Supreme Court last dealt with the issue in 2004 in a case notable for Justice Anthony Kennedy’s concurring opinion that left the door open for courts to intervene if a “workable” standard for identifying and measuring impermissible gerrymandering could be devised.

All eyes are still on Kennedy, a conservative who sometimes sides with the court’s liberals in major cases.

“If he can convince himself that an approach is sound and objective, then I think he’d love to intervene,” Emory University election law expert Michael Kang said. “I don’t know if he finds any of the approaches convincing enough.”

Shutting off federal courts would be “terrible news for American democracy,” said University of Chicago Law School professor Nicholas Stephanopoulos, a lawyer for the Wisconsin challengers. “The practice of gerrymandering is eroding the very idea of what it means to be a democracy in a lot of states.”

With such a ruling, plaintiffs would turn to state courts, Brennan Center voting rights attorney Michael Li said, noting that the idea has gained traction after a state court in January threw out Pennsylvania’s Republican-drawn congressional map.

Republican Ohio state Senator Matt Huffman, who co-sponsored the constitutional amendment measure, said it creates rules to prevent partisan abuse in the map-making process. But Huffman said legislatures should retain most of the control, as Ohio’s plan does.

“Otherwise the U.S. Supreme Court and other federal courts are going to be drawing districts, and I’m pretty sure John Roberts and company don’t want to be doing that,” said Huffman, referring to the U.S. chief justice.

'Stuff of nightmares': Bicyclist killed after driver runs into him and stabs him to death

Ray Hartmann
An Orange County doctor out for a bike ride along the beach was murdered by a man who stabbed him repeatedly after running into his bike with a car, the Los Angeles Times reported.

Dr. Michael John Mammone, 58, of Orange County, died at a local hospital where he worked as an emergency physician, the report said. Mammone was riding his bike at about 3 p.m. Wednesday when the driver of a white Lexus struck it from behind and proceeded to stab him several times, sheriff’s officials said.

The driver was identified as Vanroy Evan Smith, 39, of Long Beach, the report said. Smith was charged Friday with one count of murder and personal use of a deadly weapon, which could enhance his sentencing, according to Orange County Superior Court records. He pleaded not guilty and is being held on $1-million bail.