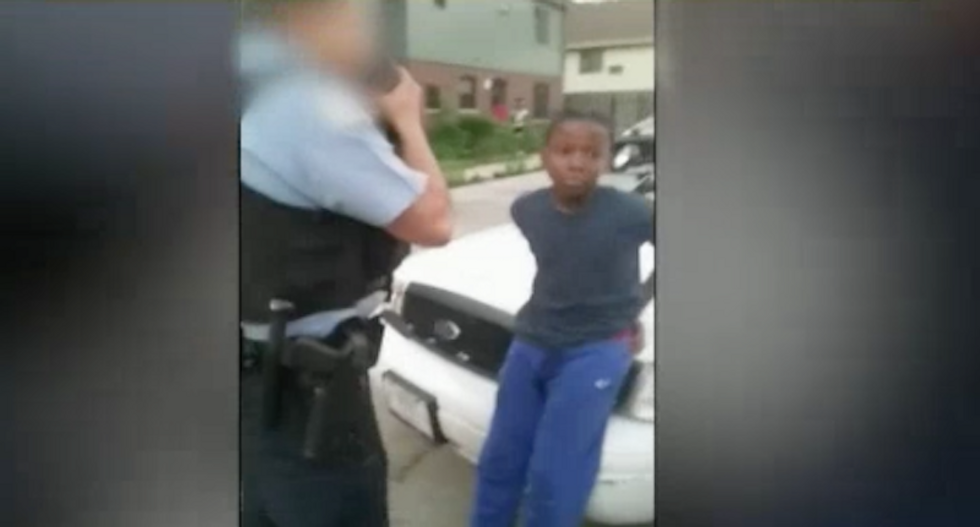 Johnson claimed that officers "followed all of the rules and protocols” in detaining Michael Thomas Jr., after receiving reports that a boy in the area was carrying a gun.

Video obtained by NBC5 shows the visibly frightened boy perched on the police cruiser, his hands shackled behind his back.

Later, he told a reporters that he's a "good kid" who's into math and baseball.

"He's going to be scared for the rest of his life now," his mom said.