The View's Meghan McCain blows up Trump over Kim summit: North Korea is 'closest thing that exists to Hitler's Germany' 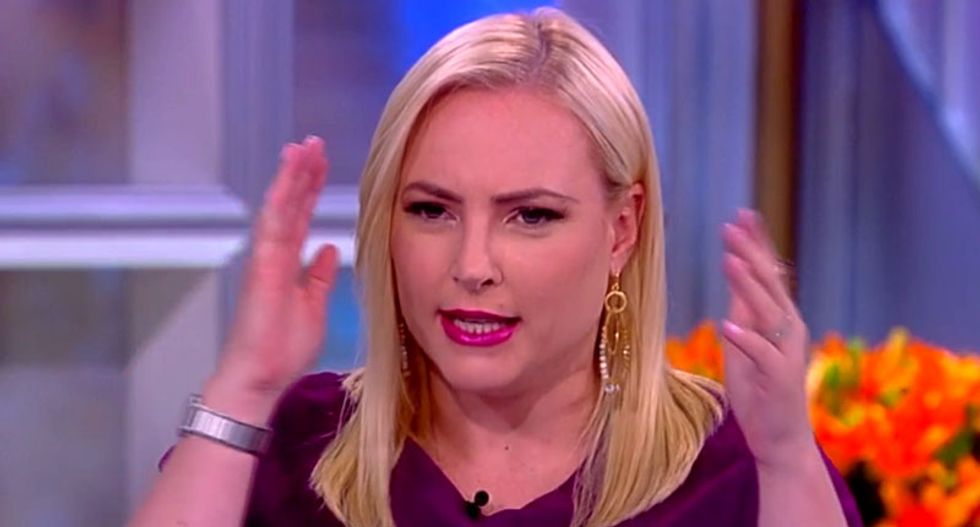 Meghan McCain, a co-host on ABC's The View, on Tuesday blasted President Donald Trump over his meeting with North Korean dictator Kim Jong-un.

She said that she initially supported the idea of the meeting, but the symbolism of the summit in Singapore disturbed her. "We are not the same," McCain remarked. "This is a totalitarian communist dictator in the same vein as Hitler -- murder, enslavement, imprisonment, sexual violence, starvation, forced abortions, political, racial, religious persecution."

"It is the closest thing to Hitler's Germany that exists in modern times," she continued. "My problem with was how far it went, with the sort of buddy-buddy and there was no talk whatsoever of the human rights violations."

Watch the clip of The View below: