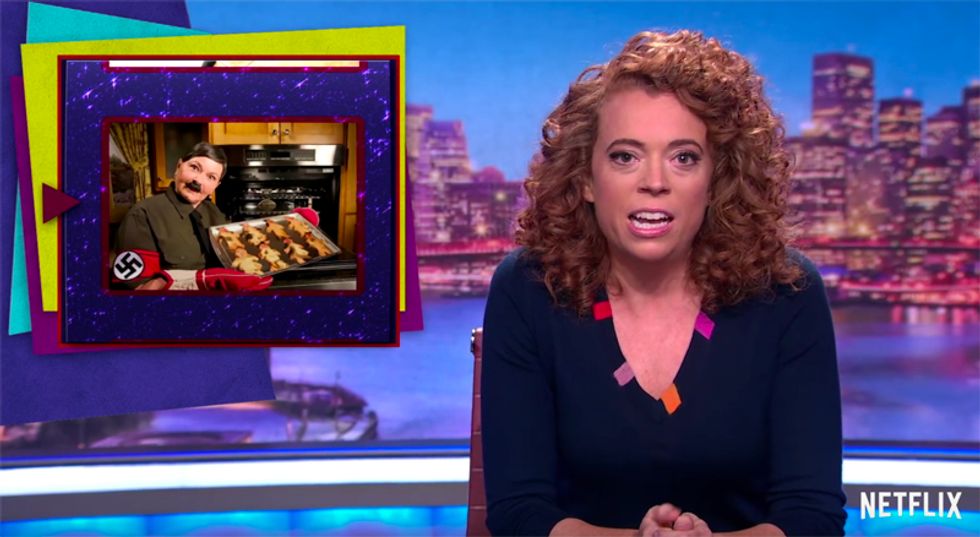 Comedian Michelle Wolf, who made a mark for herself for her caustic hosting duty at the White House Correspondents' Dinner, used her Netflix platform to slam ABC for hiring Roseanne Barr with the full knowledge that the comedian has an extensive history of outrageous racist remarks.

According to Wolf, Barr's quip that former Obama aide Valerie Jarrett was a cross between the "Muslim Brotherhood and Planet of the Apes," failed on multiple levels

"It's not a joke, it's barely a tweet," Wolf said of  the now infamous Twitter comment that caused Barr to lose her highly-rated TV show. "Her excuse for tweeting it was bad. You got to get better at one of those, Roseanne!."

Then she tore into ABC.

"Everyone's been saying it's so brave of ABC to cancel their hit show, but the bold move was actually putting this lady Hitler chef back on the air in the first place," Wolf continued. "So kudos to ABC, it takes a lot of courage to fire someone after they've been openly racist for the thousandth time."