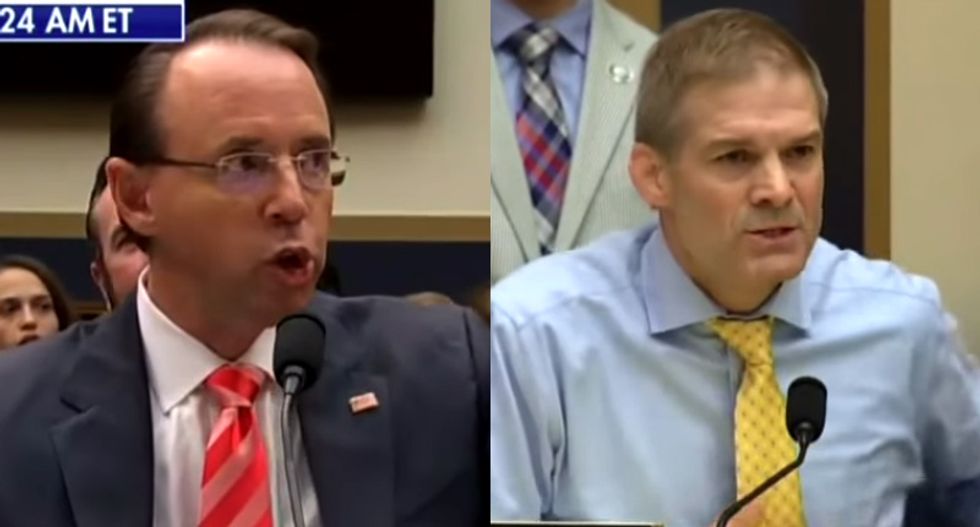 Members of Congress tried to shout over each other on Thursday during a hearing in the House Judiciary Committee after Rep. Jim Jordan accused Deputy Attorney General Rod Rosenstein of “hiding information.”

Rosenstein and FBI Director Christopher Wray testified before the committee regarding actions by the Justice Department and FBI during the 2016 election.

As the hearings progressed, lawmakers erupted in rants against the FBI, special counsel Robert Mueller's investigation into possible collusion between Russia and the Trump campaign, and the President's multiple conflicts of interest.

Rosenstein and Wray insisted that they were doing their best to fulfill the government's demands.

"I'm not keeping any information from Congress ... that it's appropriate," Rosenstein replied.