WATCH: Corey Lewandowski angrily flames out as CNN’s Cuomo fact-checks him on US immigration policies 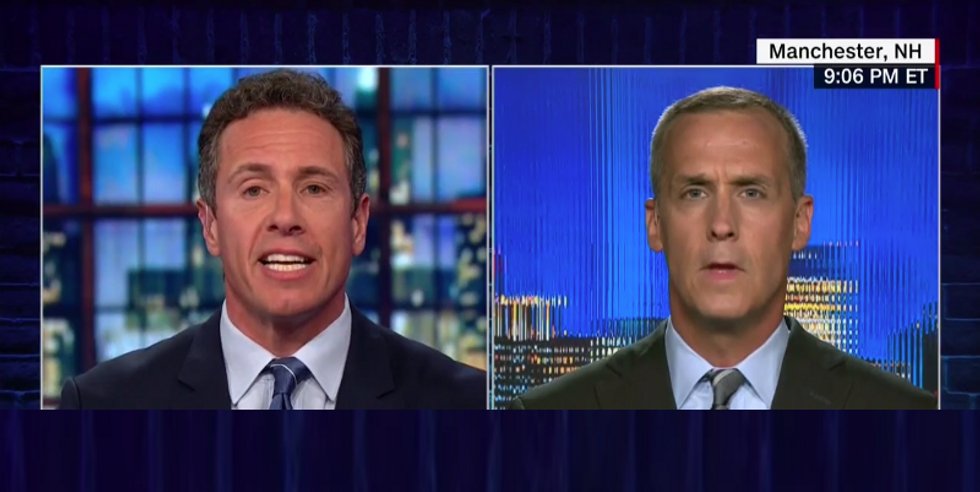 Corey Lewandowski was dragged through the media for saying "womp womp" after hearing a story about a 10-year-old immigrant girl with Down syndrome being torn apart from her parents at the border.

While during an interview with CNN's Chris Cuomo on Thursday, Lewandowski showed how little he actually knows about immigration.

"Who signed the 2008 law that guides the immigration policy today?" Cuomo asked.

"Wrong. It was signed by President Bush. I'm not big into politics, blame game. I think there are problems with both sides, thus why we've been stuck with a bad system that is inhumane on many levels," Cuomo lectured. "Bush signed it. It says you can't keep juveniles more than 20 days, and you have treated them in the right conditions. It was a humane settlement that the Department of Justice agreed to."

Cuomo continued: "It isn't about the law. It's how you choose to enforce it. Bush struggled with this. Obama struggled with this. Trump was struggling with this, but decided to do this, proxy of strength in the form of harshness. Let's arrest them all. But he wasn't ready for it, and he created a crisis, Corey. That's the truth."

Lewandowski then went on a rant, once again blaming Democrats, angrily replying, "Let me tell what the solution is. Democrats and Republicans have to get together. The Senate can't get it down without nine Democratic votes."