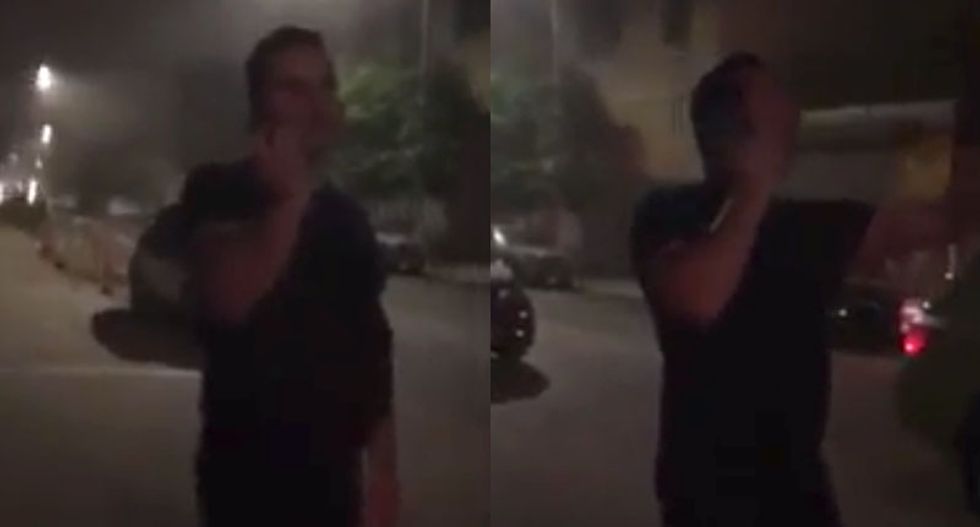 A 29-year-old man has lost his job at MySpace NYC, an apartment broker specializing in rentals in Williamsburg, Bushwick and Crown Heights, after video emerged of him screaming shocking racist epithets at a black bouncer, the New York Post reports.

The incident occurred at the Bushwick dance venue and performance space House of Yes Friday morning.

“Touch me again you f—ing n–r,” Chris Giardina shouted at a bouncer in a cell phone video of the altercation.

He also had some choice words about Latinos. "Yeah I said it, ‘cause he’s punching me you f––ing s–c,” he said to the man filming the incident.

He threatened to get the police involved. “Get a cop here now or I’m going to end up burying this black guy.”

“I will bury you,” he yelled at the bouncer. “You hit me in the face like a dirty, f–g black person. You’ll lose your job and you’ll lose your house. Trust me," he continued.

“What is this, Harlem?” he wondered.

“I was very disappointed in the video to say the least,” principal broker Shawn Mullahy told the Post. “I was embarrassed and saddened by it. It’s not in line with the company culture or values,” he said.