WATCH: Firefighters get in drunken brawl after N-word hurled at black person 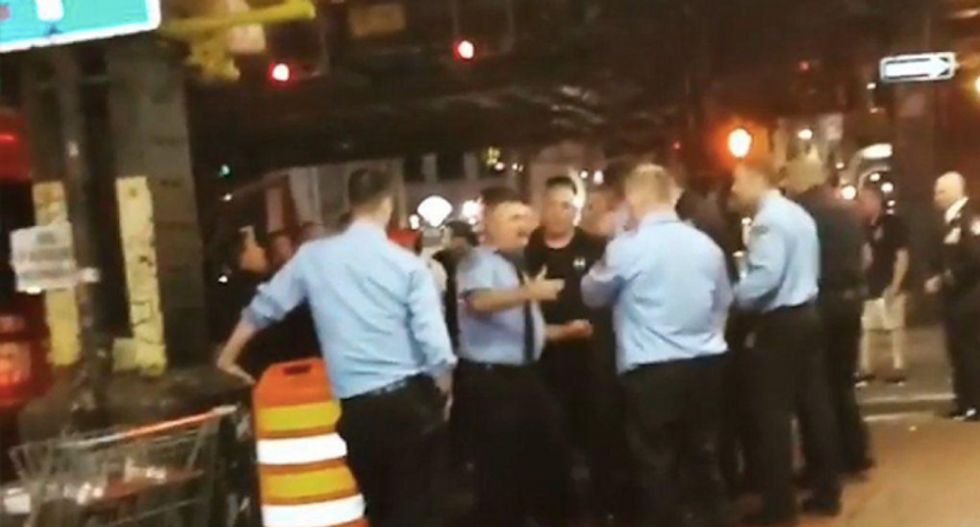 Last week, a pack of firefighters had a drunken brawl at Billy's Tavern in the Bronx, New York.

The fight between members of Bronx’s Rescue Company 3 and firefighters from Ladder Company 49 and Engine Company 68, apparently started when someone yelled out a racial slur, the Daily News reported.

Although police came to the scene, no one was arrested—even after a firefighter pushed an officer. The NYPD is investigating why no arrests were made.

The NYPD is not usually so reluctant to arrest people, busting non-firefighters for crimes like turnstile jumping and alleged gang affiliation.