WATCH: Ilyse Hogue dares Dems to have guts and take a stand to protect women from Trump's Supreme Court nominee 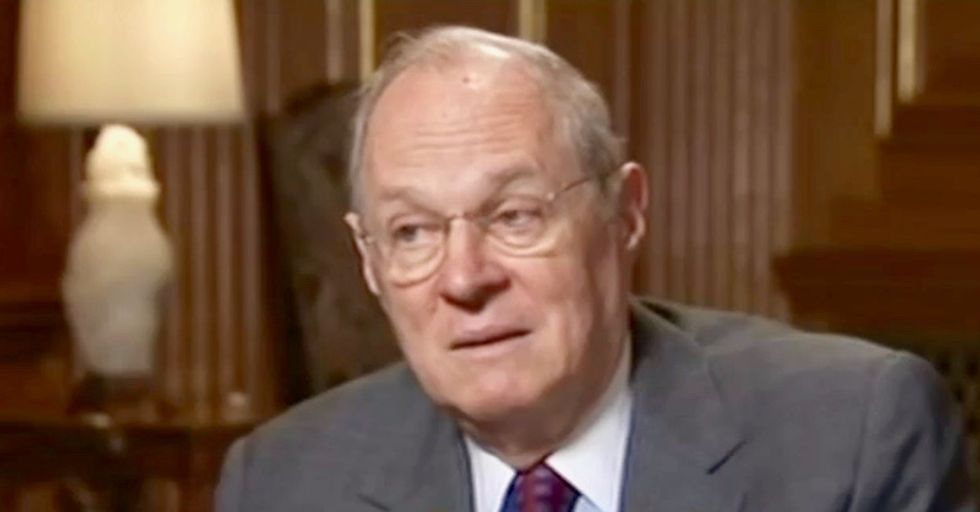 On Wednesday, Justice Anthony Kennedy announced his resignation in a letter personally delivered to the President.

Kennedy's decision left progressives and Democrats reeling, frantic to figure out how to prevent Donald Trump from appointing a judge likely to facilitate the most regressive parts of his agenda.

Pro-choice advocates are particularly concerned and with good reason: Anti-choice groups have long waited for a favorable Supreme Court to bring a case that would gut Roe v. Wade.

Ilyse Hogue, president of NARAL Pro-Choice America, told MSNBC that NARAL's phones have been ringing off the hook with people asking what they can do.

"People are saying put me to work," Hogue said. "This is the last stand, tell me what to do."

Hogue's advice is to get on the phone with senators. "So no way, no how, on any of these judges who were on Trump's short list."

Then, Hogue noted, there's "The hard work of organizing in every community and every state. This is not an issue of Democrat or Republican," she said.