WATCH: Kellyanne Conway flops when asked how Trump will repair relations with Canada 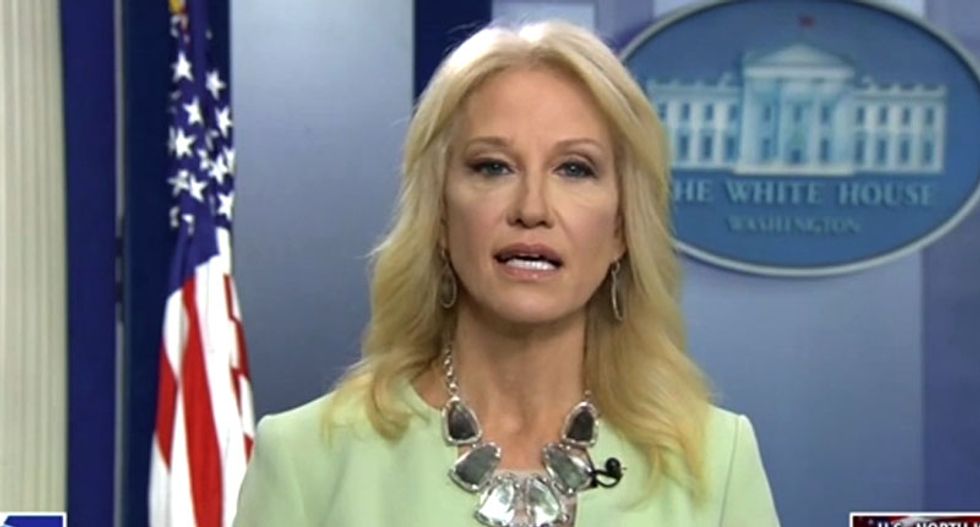 During a Fox News interview, host Bill Hemmer noted that Trump had strained relations with Canadian Prime Minister Justin Trudeau during the divisive G7 summit over the weekend.

"I highlighted directly to the president that Canadians did not take it lightly that the United States has moved forward with significant tariffs," Trudeau remarked. "It's kind of insulting."

"What are we to make of this now, our neighbor to the north, Canada, I mean clearly things are a bit sideways -- how do we straighten them out," Hemmer asked.

"But in that way, Trudeau sounds a lot like President Trump," Conway replied. "He vanquished 17 other opponents and the queen bee herself, mainly running on issue like this, where he has said, what we've been doing has been screwing the American worker and American interest in industry, and America herself."

"There's a 245% tariff by Canada on cheese after you surpass a quota," she added.

Hemmer asked how long it would take for the Trump administration to resolve the issue.

"Tough to stay ... but this conversation has been going on since transition," Conway replied. "Trudeau has been here many times. The president and he have met at other summits at other locations. Obviously, Mexico's involved with NAFTA. This president not tearing up trade agreements and walking away."