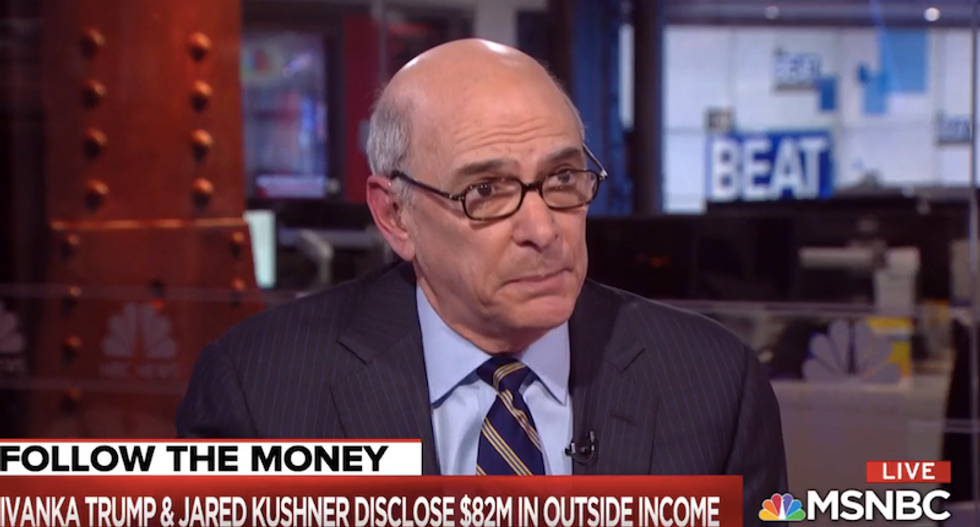 On Tuesday's episode of MSNBC's the Beat, panelists discussed a recent report that Jared and Ivanka Kushner pulled in 82 million dollars in outside income from their business enterprises around the world.

The panelists criticized the poor optics and potential conflicts of interest between the Kushners' business dealings and government work, joking that Ivanka has previously said they're a "no income" family.

"Haha," Wall Street Journal reporter Shelby Holliday fake laughed to demonstrate just how unfunny it is that the Trump family appears to be enriching themselves under the guise of selfless public service.

Former Watergate prosecutor Nick Akerman pointed out that the conflicts of interest were virtually endless.

"The appearances here are terrible," he noted emphatically. "People are going to consistently think that she is making money as well as well as everybody in this administration is making mega-bucks off of the government."

"They're using this to line their own pockets."