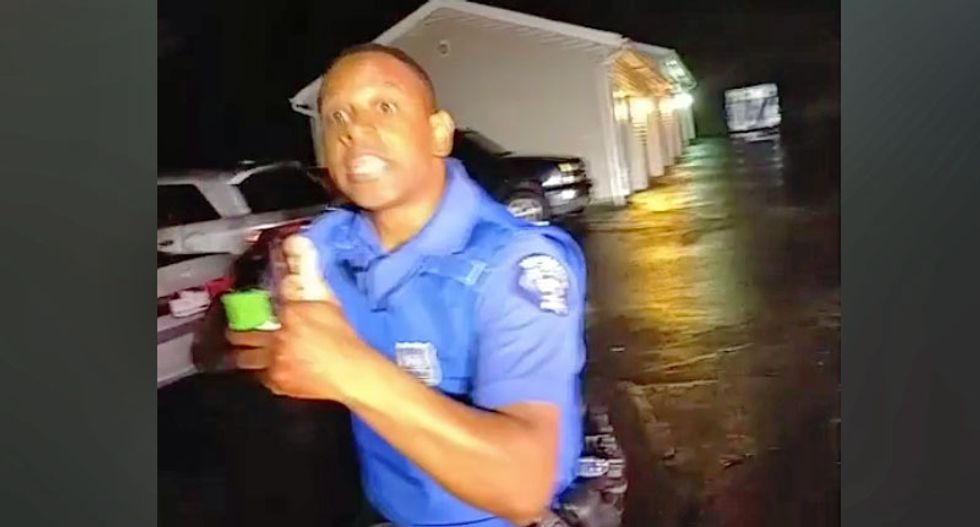 Springboro police officer demanding that Sam Ronan 'get on the ground'

Republican politician Samual Ronan was arrested in early Saturday morning in Springboro, Ohio after a contentious interaction with local police -- that he broadcast live on Facebook, the Dayton Daily News reports.

The video does not show the beginning of the interaction, but as the video starts with Ronan saying, "whatever the issue is, you yelling at me and threatening me to get on the ground, is not relevant."

The officer can be heard demanding that Ronan "get on the ground."

"No!" he replied. "I am absolutely not getting on the ground."

The officer continued to repeat his demand for Ronan to "get on the ground."

"As much as this is a police state and as much as you feel like you're obligated to do this, you're not," Ronan said.

"Get on the ground," the officer said one final time.

At that point, it appears that the officer put the one-time congressional candidate on the ground.

He had originally filed to run as a Democrat, but switched party affiliation in Novemeber.

Ronan was charged with failure to comply, obstructing official business and obstructing justice. He is being held in the Warren County Jail with bail set at $60,000.