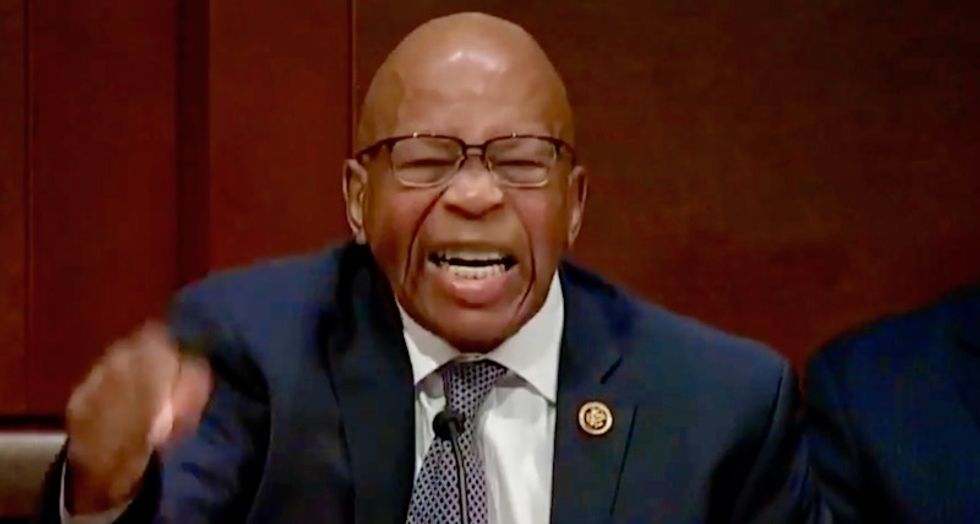 Rep. Elijah Cummings of Maryland speaks during a hearing on Hillary Clinton's emails/Screenshot

Donald Trump's decision to take children away from immigrant families and hold them in detention facilities has sparked a massive backlash that threatens to engulf his party and lead them to ruin in November.

But Republicans are holding a hearing Tuesday that revolves around Hillary Clinton’s emails.

Maryland Democrat Elijah Cummings was not having it. Cummings took over today's hearing by pointing out the absurdity of the investigation into deleted emails and then pivoted it into a discussion of Trump's child internment camps.

"Are we really going to sit here—70 members of the Congress of the United States of America in 2018—and have a hearing that just repeats the hearings the Senate had yesterday on Hillary Clinton's emails?" he asked. "At this point I think it's crystal clear that the only answer Republicans will accept is that Hillary Clinton must be guilty. They will keep going on and going until they get that answer. Even if the facts will never support it. And even if multiple independent reviews come to exactly the opposite conclusion."

But then Cummings pivoted to what's really important—the 2,000 children being held on the U.S.-Mexico border, away from their families. Cummings was angry as he started speaking, and came close to breaking down into tears as he finished.

Cummings also touched on the idea that Trump may be kidnapping the children and giving them away to Americans as they send the parents back to the country of origin for allegedly committing a misdemeanor.