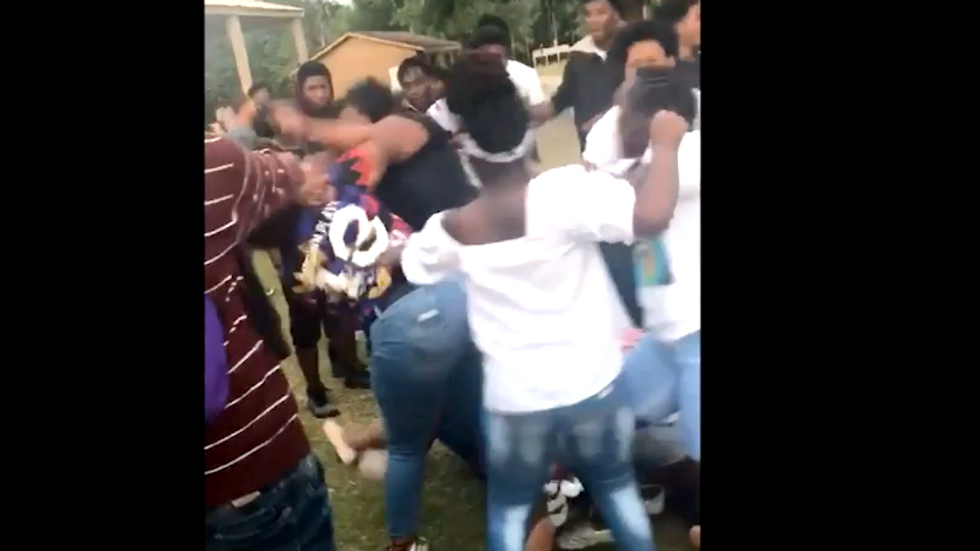 On Thursday Richland County police department held a press conference to reveal more information into the May 10th shooting that left one teen dead and 22 arrested. South Carolina police released video footage that shows a mob of teens meeting at Missionary Baptist Church for a gun fight according to The State.

"Everybody who was involved in this needs to be held accountable," Sheriff Leon Lott said.

"I wanted us to send a message to these people in our community who are living and dying by the guns that we're not going to allow this in Richland County," Lott said.

Amon Rice, 17, died due to gunshot wounds. His mother released a statement saying he was just trying to defend his friends during the fight.

"He was quiet, a soft talker," his mom Antrinette Means said. "But once he got to know you, he wanted to grab you, wanted to play. He would bump into you like, 'Oh, I'm sorry.'"

After the fight was over, two groups meet in the Unity Missionary Baptist Church parking lot where shots were fired.