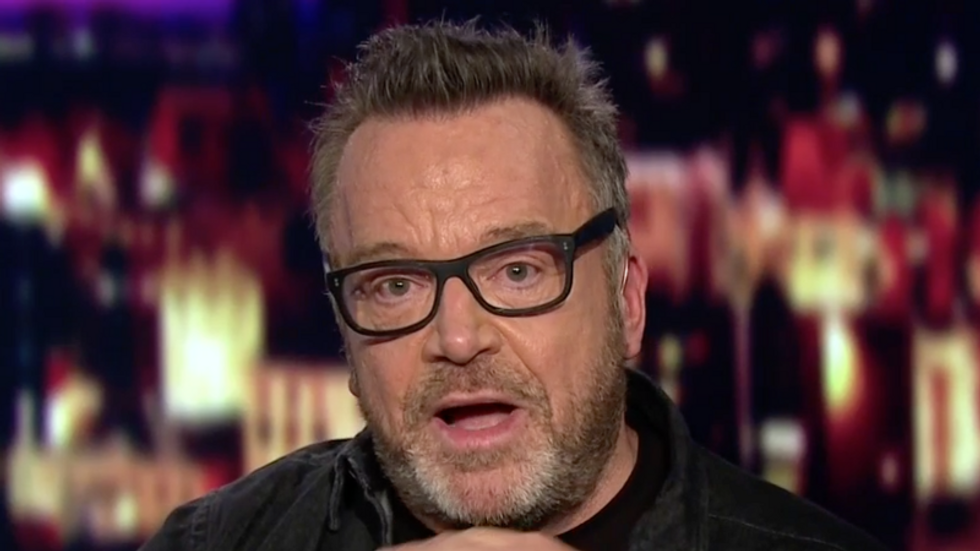 Comedian Tom Arnold posted a photo with President Trump's former lawyer Michel Cohen, and it created mass speculation about the intimate details Cohen might be spilling about President Trump.

The photo was taken at the Lowes Regency Hotel in Manhattan after the two finished talking about a possible collaboration on a new Vice Media show called "The Hunt for the Trump Tapes."

"We've been on the other side of the table and now we're on the same side," Arnold said during an interview with NBC on Friday. "It's on! I hope he (Trump) sees the picture of me and Michael Cohen and it haunts his dreams."

During a bizarre interview with CNN’s Poppy Harlow, Arnold refused to answer when asked if Cohen said he was “cooperating with authorities should charges be brought?”

Instead of giving her a “yes or no” answer, Arnold remained silent for 22 painful seconds. During the weird exchange, Arnold stared into the camera and made odd looks towards Harlow.

Harlow asked again if Cohen revealed any new revelations about President Trump. "Did he tell you?" she asked.

After finally breaking his silence, Arnold claimed he would not reveal what he learned after his weekend weekend with Cohen.

Tom Arnold, after bluntly warning Trump about what Michael Cohen has on the president, refuses to say to… https://t.co/XiQLPA88Gx
— Manu Raju (@Manu Raju) 1529711473.0