WATCH: Trump begs Democrats to ‘stop resisting’ him and approve his appointees 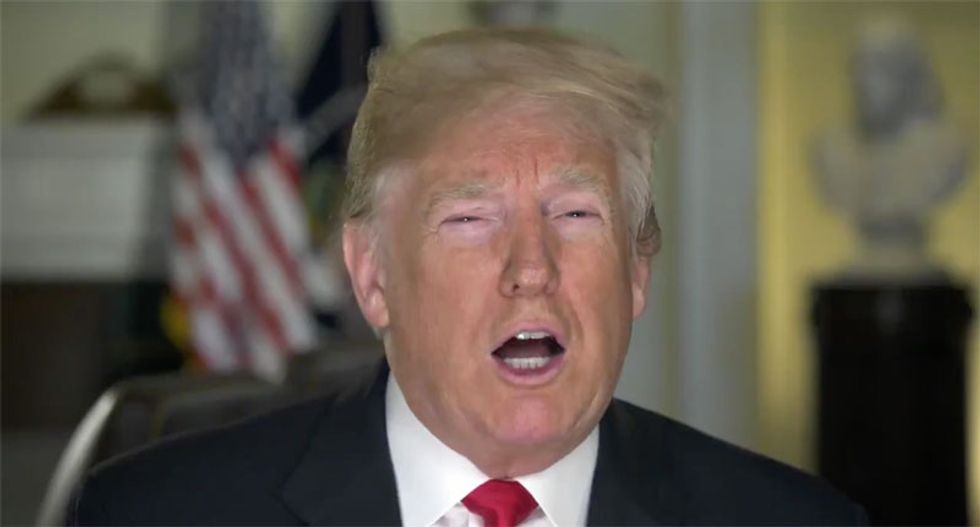 "Senate Democrats call it The Resistance," Trump began. "They're resisting the will of the American voter and it's not good."

During the 2016 presidential election, American voters preferred Hillary Clinton by 2,864,974 votes. Trump was elected by winning the electoral college despite losing the popular vote.

"From day one, Senate Democrats have shamelessly obstructed, stalled, and filibustered the confirmations of hundreds of talented men and women who are eager to come to Washington, D.C. to make a difference," Trump claimed. "They want to serve our country."

Trump doesn't just want Democrats to stop "resisting" his nominations, but also stop resisting his call for a border wall. During the campaign, Trump constantly promised that Mexico would pay for his wall.

Trump claimed Democrats in Congress "don't want border security for two reasons. Number one, they don't care about it and number two, they're afraid it's going to make me and the Republicans look good and they don't want that, that comes before our country."

"These actions are endangering our citizens, threatening our communities and undermining our national security," Trump argued.

"It is is time for Senate Democrats to stop resisting the will of the American people," he begged.

"So very simply, stop resisting the will of the American people," he repeated.