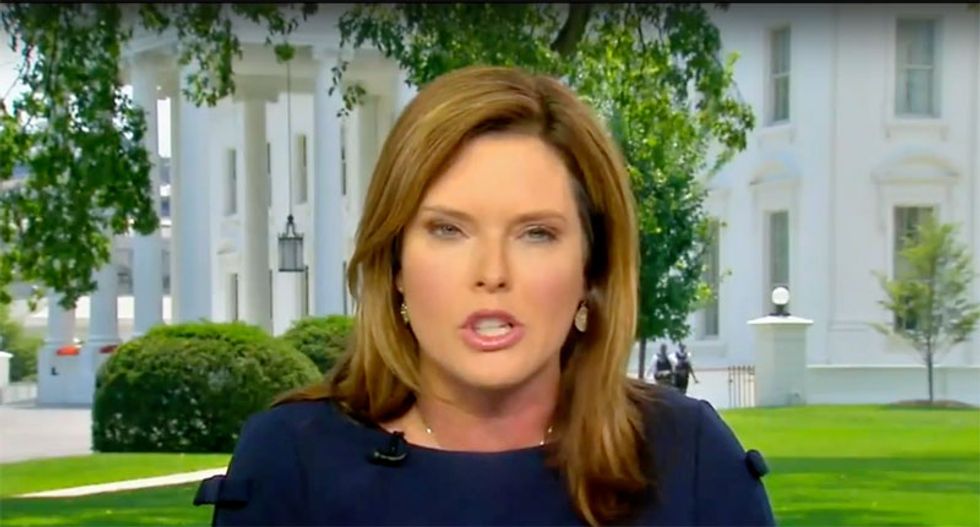 The White House director of strategic communications went on Fox News on Monday to lash out at Democrats for criticizing the administration's policy of separating families at the southern border and detaining children.

Mercedes Schlapp repeatedly claimed the administration's "hands are tied" despite the fact the policy was voluntarily adopted and could end with a single phone call from President Donald Trump.

"What does the president want us to know this morning as this debate rages on and seems to be putting a lot of pressure on Republicans?" host Sandra Smith asked.

"Clearly, the president is fully committed to enforcing the law," Schlapp replied. "This comes also with ensuring that the Democrats come to the negotiating table with immigration."

"It is because the Democrats want to play politics with this issue, using children as political pawns, that we are not able to solve this problem," Schlapp claimed.

Despite the fact that Trump started the family separation policy and could end it today, Schlapp admitted that the children were being used as leverage to try and get United States taxpayers to pay for Trump's border wall, that he repeatedly promised would be paid for by Mexico.

"The president has made it very clear he wants to see full funding for the wall," Schlapp admitted.

"Does the president feel like Democrats are controlling the message right now?" Smith asked the senior White House communications advisor.

"The Democrats are using this as an emotional issue, as a political issue into the midterm election," Schlapp claimed. "That is disgraceful."