WATCH: White man tells black family to shower before entering hotel pool or he'll have to drain it afterwards 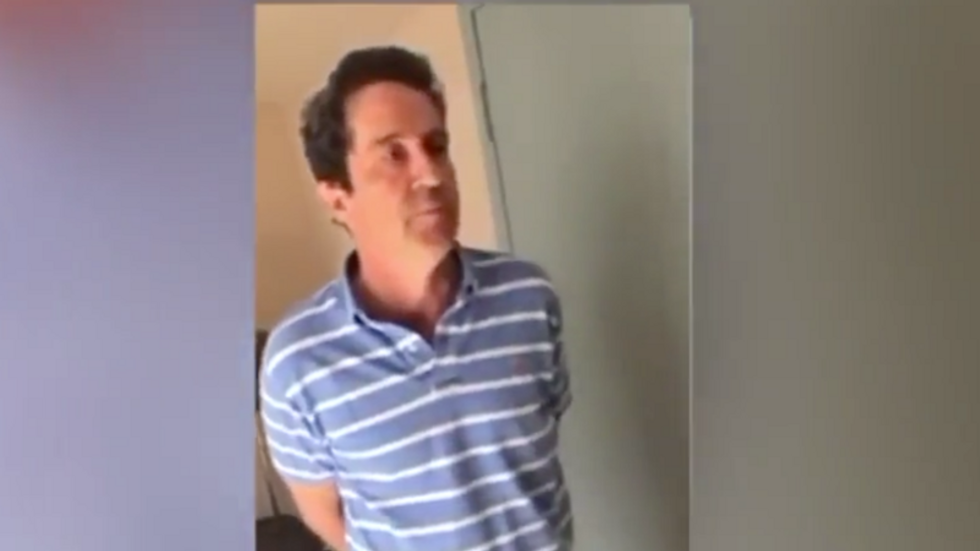 Racist man at the pool. [Photo: Screen grab from video]

A black woman and her 5-year-old daughter were harassed at a Pasadena, California pool over what she calls "blatant racism," reported KTLA News.

The woman, whose last name is Wheeler, would only agree to be identified by that name. She recalled a man walked up to her family and asked if they had showered before hopping in the pool.

The man claimed to be a "health department" worker. However, a spokeswoman for the Pasadena Health Department said his claim was false and that she had never seen him before.

The unidentified man told Wheeler that her family needed to shower because people can carry diseases into the water.

"I let him know that being black is not a disease and showering would not wash the black off our skin," Wheeler said.

“I am not trash, and I am not dirty,” Wheeler said. “I have to teach my daughter that no matter how educated we are and how successful we are in life, there are people who will treat us like this just because of the color of our skin.”

A hotel employee told the man that his comments were "inappropriate." A manager said she talked to the man, but did not want to call the police.

"I don't want to call the police. And if I do, it's going to be a big headache for everybody," the manager said.

The hotel released a statement saying they are "investigating everything."