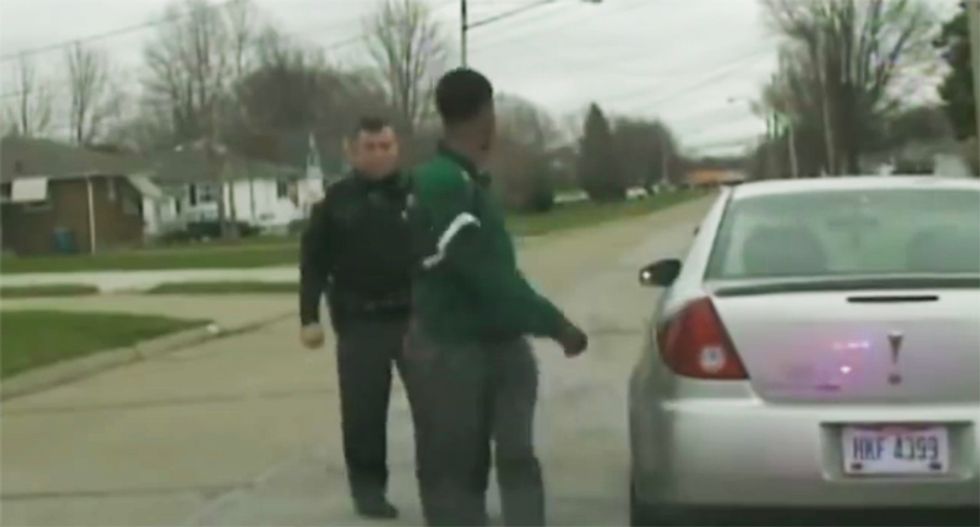 An Ohio police officer has been fired after dashcam video revealed he abused his authority by falsely detaining a black man for dating his daughter.

The Chronicle reported that officer, John Kovach Jr., pulled over his daughter,Katlyn Kovach's car without cause, before telling her boyfriend, Makai Coleman, 18, to get out of the car.

"What for?" Coleman asks.

Katlyn, 18, then gets out of the car and begins yelling at her father that she can't be arrested. While this situation is going on, Kovach ignores an emergency call he receives about a road rage incident.

According to the police report Kovach said he didn't trust Coleman to be with his daughter because he has a criminal record.

“These actions are not acceptable for members of our Police Department, and we felt it warranted an immediate dismissal,” Given said.