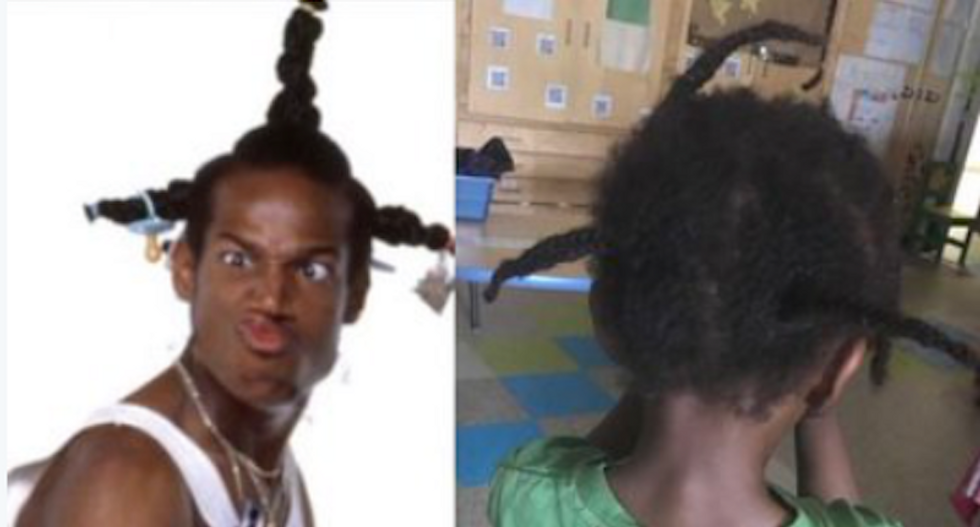 A substitute kindergarten teacher in Toronto, Canada, is under investigation after publicly mocking a black student's hair on Instagram.

The teacher juxtaposed a photo of the child's hair to a still of Marlon Wayan’s character in the movie Don’t Be a Menace to South Central While Drinking Your Juice in the Hood, a parody that played with the stereotypes of black coming-of-age movies. Underneath the image the teacher wrote, "Who rocked it better?? LOLOLOL.”

“Hi @PeelSchools, please be informed that a grade school teacher with your district is 1) openly mocking her students’ appearance and posting photos of them on social media 2) tagging the location of the school on her Instagram, putting them in danger,” a Twitter user, who caught the offensive post, wrote, according to the Daily Dot.

The Twitter user slammed the teacher for their racist behavior.

“This is not the kind of behavior I expect from educators. This is so embarrassing and honestly fully racist,” the person wrote. “There are dozens, if not hundreds, of qualified teachers who are waiting for teaching positions, and this is who our children learn from?”

"I can assure you it’s being investigated as anti-Black racism and being taken seriously," the Peel District School Board replied. The teacher is prohibited from communicating with students while the board investigates.