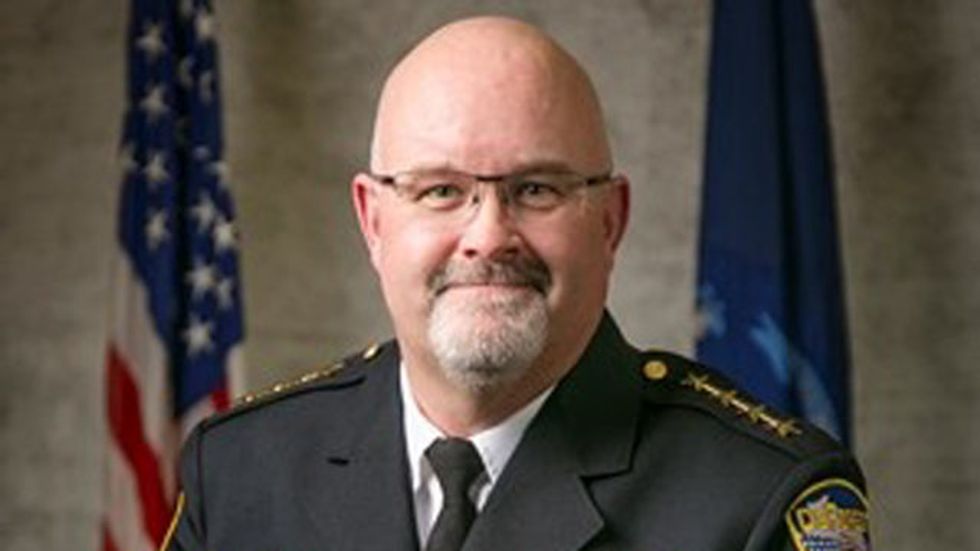 DeForest, WI Police Chief Dan Furseth, who has been placed on leave after a racist video of his resurfaced. Image via DeForest Police Department.

A police chief in Wisconsin has been placed on leave after a video of him appearing to make fun of a group of black men resurfaced.

Madison's WISC reported Friday that a video uploaded in 2015 to YouTube DeForest, Wisconsin Police Chief Dan Furseth zoomed in on a group of black men near a car and begins imitating them in a racist approximation of Black English.

Judd Blau, the village president of DeForest, told WISC that Furseth was placed on leave after the 2015 video resurfaced. According to Village Administrator Steve Fahlgren, the police chief has been on administrative leave since May 23.

Fahlgren claimed the video is "at least 10 years old" and was posted by someone who was "disgruntled" with the town's police department. He then admitted the town has hired an individual who is investigating whether "other potential social media racial misconduct" occurred.

"We don't want our department to have a bad reputation," the village administrator said.

You can watch Furseth's racist video below: