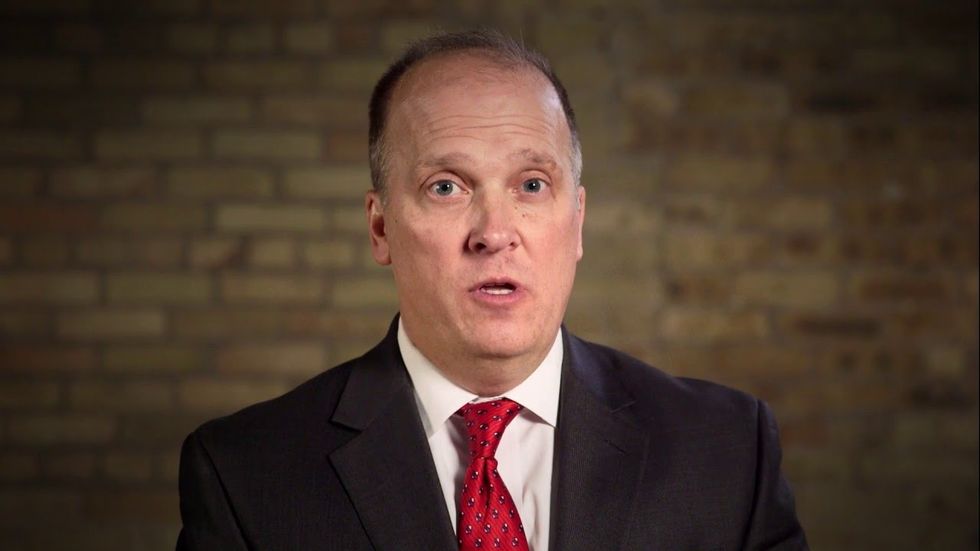 Wisconsin's Republican attorney general not only attended a conference hosted by an anti-LGBT hate group — he also deliberately kept it a secret at the group's behest.

As previously reported, the Wisconsin Gazette noted Wednesday that in the lead-up to a 2017 conference hosted by the Alliance Defending Freedom — an organization described by the Southern Poverty Law Center as a hate group — Wisconsin AG Brad Schimel emailed an aide telling them he did "not plan to have any portion of it become public information."

One Wisconsin Now, a progressive non-profit, further uncovered that the conference held at a Ritz Carlton resort in California instructed attendees to keep details about the summit and its location "confidential" — or to not disclose it at all.

"As a reminder, the ADF Summit is an invitation-only private engagement not open to the public. In order to promote candid conversations, share vital information, and promote alliance building, confidentiality is necessary and presumed unless otherwise explicitly stated," the ADF's conference instructions read.

"If attendees choose to publicize their Summit participation," the instructions continued, "ADF asks that the communication be kept intentionally general. The hotel name and its location, speaker identities, and other specifics may not be publicly disclosed without prior permission."

When the Department of Justice first became aware of Schimel's attendance at the anti-gay group's conference, records requests revealed that ADF paid the attorney general's way to the tune of $4,100. Of the comment to his aide about keeping his attendance out of the public eye, a spokesperson for Schimel's office said he was simply using "shorthand phrases" while scheduling the trip.

The SPLC, the Gazette noted, classifies the Alliance Defending Freedom as a hate group due in part to the group's stated support for "the recriminalization of homosexuality in the U.S. and criminalization abroad." The July 2017 conference included discussions on "state's rights," as per an agenda acquired by One Wisconsin Now.