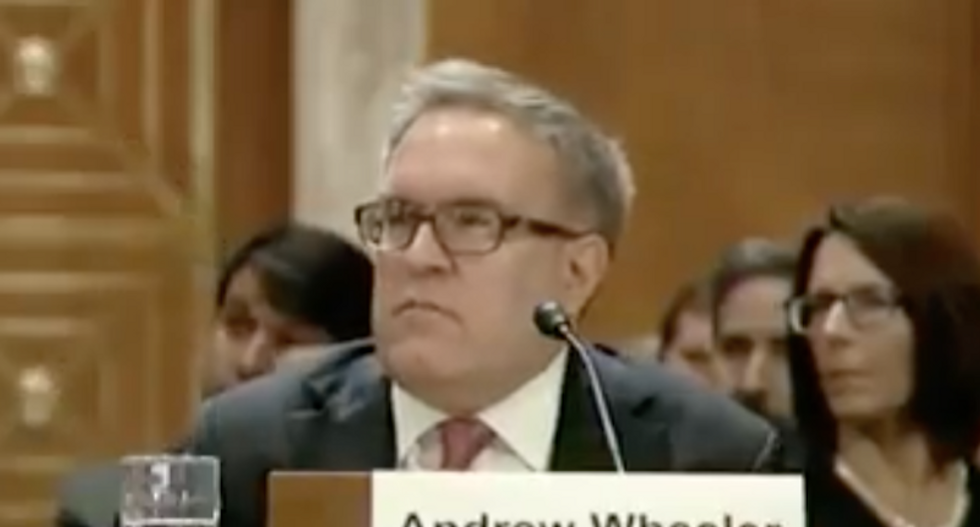 On Thursday, President Donald Trump announced the resignation of scandal-plagued EPA Chief Scott Pruitt. The President said that the future of the agency "looked bright" with Andrew Wheeler at the helm.

"We have made tremendous progress and the future of the EPA is very bright!" the President announced.

The future might be bright for the coal industry, if not so much for humans and plants, both of which need sunlight and air to survive.

1. His last gig was as a coal industry lobbyist. Wheeler worked for Murray Energy Corporation—the largest coal mining company in America. Wheeler must have been good at his job promoting big coal interests, netting close to $3 million for the gig.

4. While Wheeler worked for Murray Energy, the company was forced to pay millions in fines for contaminating water in three states with coal slurry, the Columbus Dispatch reported.

5. Prior to his nomination, Wheeler hosted fundraisers for Senators in order to evaluate his chance of getting the post.

6. According to the Union of Concerned Scientists, Wheeler presents a dire threat to mitigating the negative effects of climate change. "Unlike Pruitt, Wheeler worked for the EPA early in his career and has played key roles in Congressional oversight of the agency and its budget, making him a formidable opponent with intimate knowledge of the agency’s programs and regulations," they wrote.