'That is absurd': CNN's Erin Burnett destroys Trump apologist after he claims North Korea is not a threat 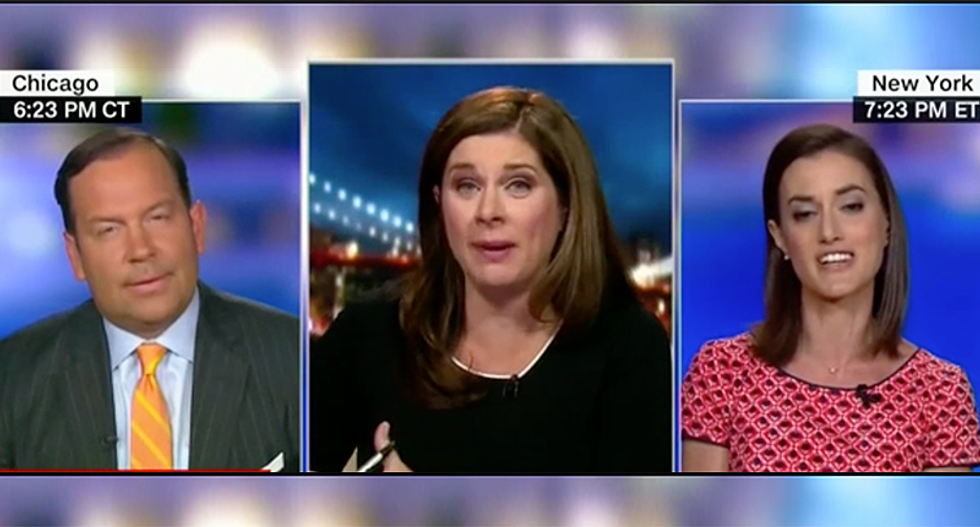 Republican strategist Steve Cortes told CNN's Erin Burnett that North Korea was not a threat to the United States.

In 2017, the country has threatened to bomb the U.S. mainland with it's largest hydrogen bomb test ever. The test alone caused a 6.3 magnitude earthquake felt as far away as China, CNN reported at the time.

Trump went so far as to threaten to “totally destroy” North Korea if it provoked the United States. Cortes seemed to indicate that because the country has ceased shooting bombs off into the ocean, Trump solved the North Korea problem entirely.

Burnett wasn't having it.

"The realistic view, [President Barack] Obama freed more hostages than Trump. And promising to denuclearize has historically meant nothing from North Korea," she said. "They have agreed to do it, and not done it again, and again, and again. There's proof that they have expanded facilities. So, why do you say we don't know if they are not serious."

Cortes repeated that the country has stopped shooting missiles off and that was a "huge victory."

'He doesn't have to shoot them anymore, does he?" asked CNN national security analyst Samantha Vinograd.

"We are not negotiating with Italy or Britain. We are negotiating with the most rogue regime on the planet. It's not a surprise that there's going to be ups and downs with the administration. You are relying on an unnamed source that told CNN, X, Y, Z, you are relying on north Korean ministry. Mike Pompeo, who I choose to believe. Former congressman, consecutive of state, he said great progress was made. I choose to believe his version of what happened in North Korea and we will see what happens from here. I am hopeful --

"You don't find it troubling that he goes to a meeting with Kim Jong-un and he doesn't show up for the meeting? Doesn't raise a red flag?" Burnett interrupted.

"It doesn't trouble me because, he himself, secretary Pompeo said great progress was made, and I take his word before I take an unnamed source or before I take the north Korean foreign ministry's assessment," Cortes maintained.

"Steve, he hasn't given up a single weapon, so the threat is not gone," Burnett said. "That's an absurd thing to say. He hasn't destroyed a single weapon. You're talking about intent, which is impossible to measure."