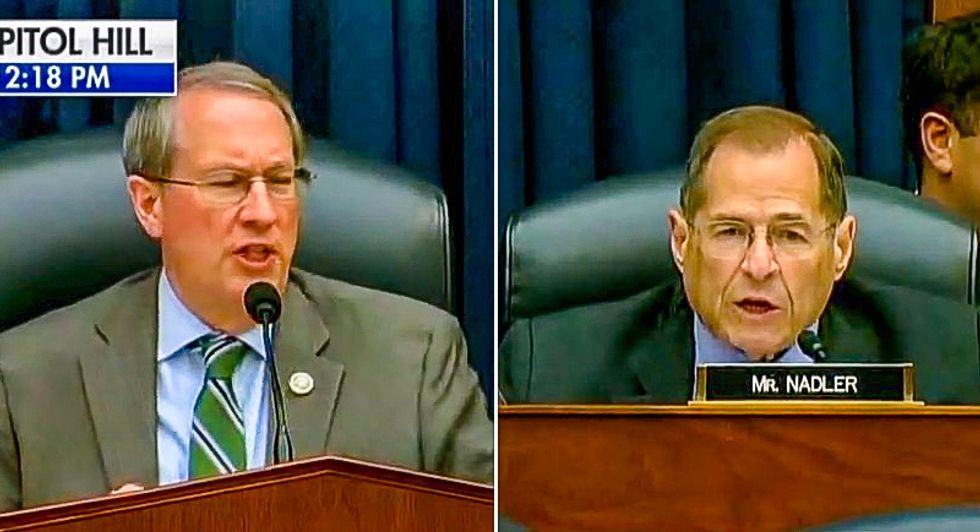 "Why have they abandoned House rules to pick unnecessary fights with you, [FBI agent] Lisa Page, and Deputy Attorney General [Rod] Rosenstein?" Nadler said to Strzok. "The obvious answer is because they are scared, because President Trump is scared, because the special counsel’s investigation is operating at a breakneck pace and has already produced five guilty pleas and criminal charges against individuals, because accountability is coming one way or another and they are scared and trying to undermine the investigation and distract attention."

Nadler also noted that Republicans are refusing to release the transcript of an 11-hour interview with Strzok, even though some of it has already been selectively leaked.

"And I now call on the majority to release that transcript in full today," Nadler demanded. "This will show that this entire investigation is, at best, a partisan distraction from more important matters."

"I ask the chairman now to order the release of that transcript," the congressman said, turning to GOP Chairman Bob Goodlatte (R-VA). "Will the chairman do that?"

"Will the chairman ever do so?" Nadler pressed.

"You can direct your questions to the witness," Goodlatte shot back.

"I will observe that the chairman will not answer the question," Nadler quipped. "And that this is part of the continuing evasion and attempt at obfuscation."

"Will the gentleman yield?" Goodlatte shouted.