Adam Schiff: Dems wanted Russian agent Maria Butina to testify but GOPers refused because it would 'tarnish the NRA' 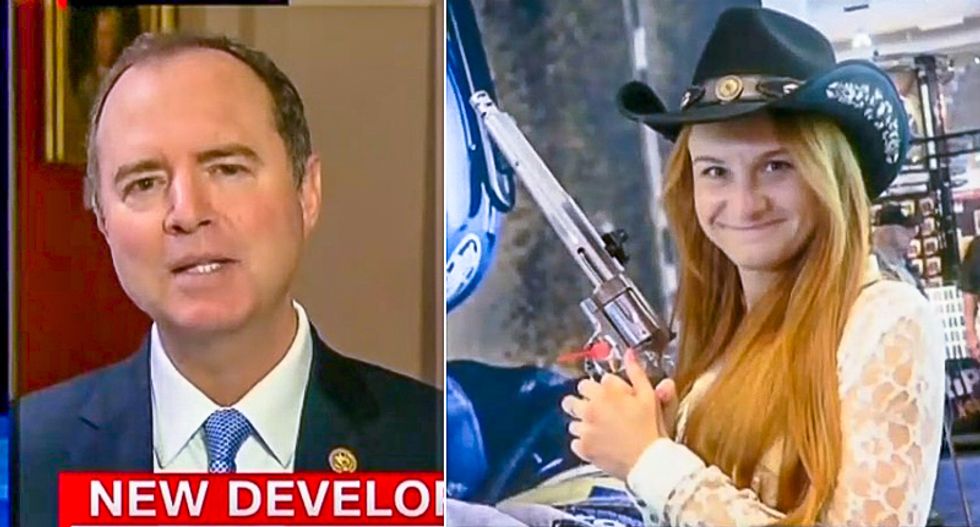 Rep. Adam Schiff (D-CA), ranking member of the House Intelligence Committee, said on Thursday that Democrats tried to call Russian agent Maria Butina to testify but Republicans refused because they worried that she would "tarnish the NRA."

During an interview on CNN, host Alisyn Camerota asked Schiff if he was aware that Butina tried to establish backchannel communications between then-candidate Donald Trump and Russian President Vladimir Putin.

"We certainly knew about her and part of the role she was playing we didn't know whether she was an agent of a foreign power," Schiff explained, adding that the committee had email correspondence that talked about "setting up a secret back channel through the NRA."

"We heard credible allegations that the Russians may have been funneling money through the NRA so, yes, we wanted to pursue this but like many other things," he continued. "When it got too hot, the Republican reaction was, 'We don't want to know. We'd rather not know.'"

"But just to be clear," Camerota pressed. "You're saying that your Republican colleagues on the committee called her and said do not come in? How exactly did they block her sharing information with you?"

A prison inmate who was on a cleanup crew on an Oregon highway stumbled upon a "suspicious object" which turned out to be a human skull in a backpack, CBS News reports.

The skull was found in Marion County, about 75 miles south of Portland.