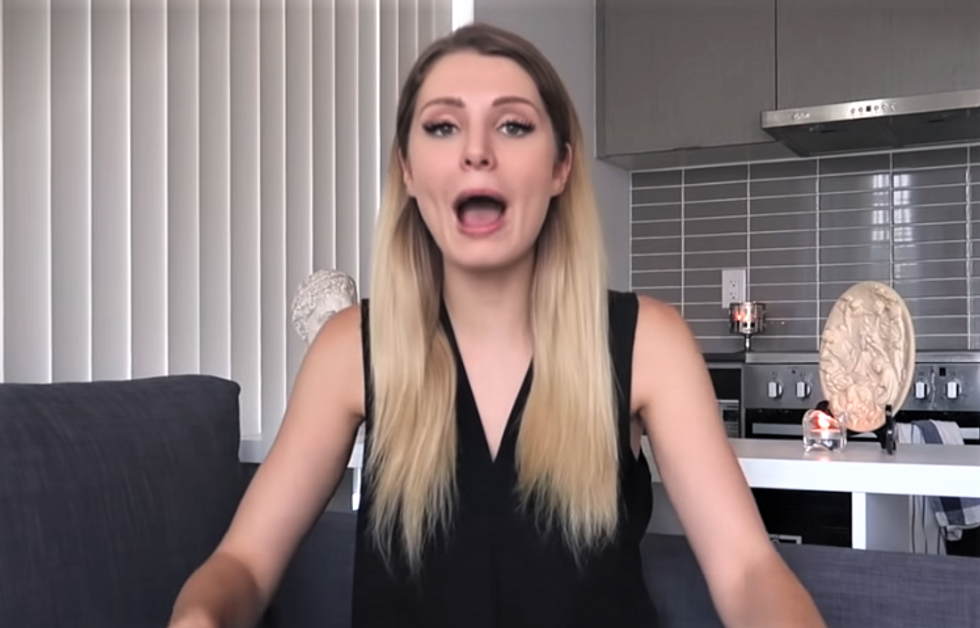 Lauren Southern, a far-right Canadian activist best known for her attacks on refugees and her promotion of bogus "white genocide" narratives, has been denied entry into Australia because she filled out the wrong visa form.

Australia's SBS News reports that Southern this week was denied a visa ahead of what had been a planned speaking tour in Australia.

According to the Australian government, Southern applied for an Electronic Travel Authority (ETA) visa, which SBS News says allows for "short-term business or travel stays for events like conferences."

However, the visa does not cover the kind of lengthy speaking tour that Southern planned to engage in, and she's been told that she will have to fill out a different visa application to gain entry to the country.

"The individual has a visa application before the Department which remains under consideration," a spokesman for Australia's Department of Homeland Affairs tells SBS News. "For visitors who may hold controversial views, any risk they may pose will be balanced against Australia’s well-established freedom of speech and freedom of beliefs, amongst other relevant considerations."

In the past, Southern has called immigrants seeking entry into western countries "barbarians" who are "ruining everything."

She also recently recorded a video warning Australians that they may soon fall prey to the dangers of "multiculturalism."