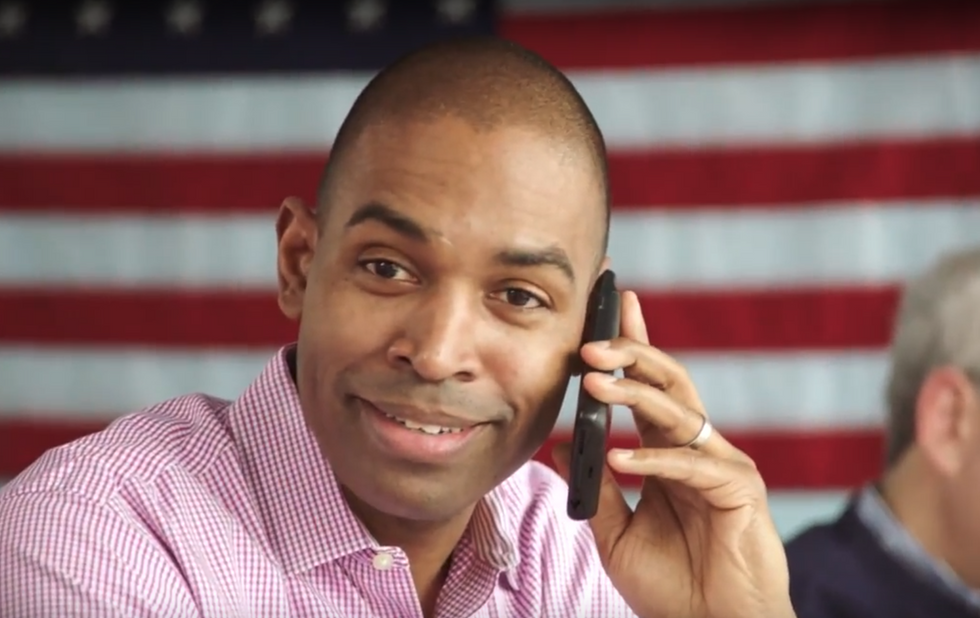 A black Democrat running for Congress in New York's 19th district is being slammed by Republicans for not being able to adequately represent rural New York because he once recorded a rap album.

The New York Times reports that Democratic candidate Antonio Delgado back in 2007 recorded a rap album under the stage name "AD the Voice" in which he criticized some of America's founders as white supremacists who owned slaves.

Now his rival, incumbent Rep. John Faso (R-NY), has seized on the rap album in an effort to portray him as out of touch with the concerns of rural Americans.

Gerald Benjamin, a longtime political science professor at State University of New York, tells the Times that Faso is smart to use the 11-year-old rap album against his Democratic rival.

"Is a guy who makes a rap album the kind of guy who lives here in rural New York and reflects our lifestyle and values?" he asks the Times rhetorically. "People like us, people in rural New York, we are not people who respond to this part of American culture."

Benjamin also tells the Times that he does not believe that rap is "real music."

The attempt to portray Delgado as hostile to rural American values is just one part of Faso's campaign to win reelection in a district that twice voted for Obama before going for Trump in 2016.

"Faso recently ran digital advertisements pledging to 'Keep MS-13 out of New York' and has repeatedly called for increased requirements for food stamps because, as he said earlier this year, sheriffs have told him that 'every drug dealer they arrest has a food stamp card in his pocket,'" the Times notes.