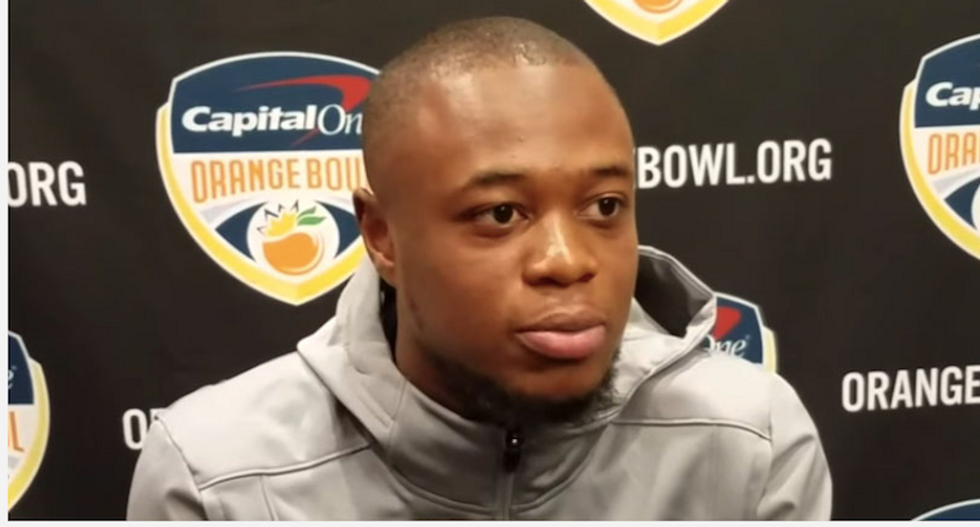 Cowboys Cornerback Marquez White was driving to his home in suburban Dallas when he says a white man got enraged and started screaming racial slurs at him. White claims the angry driver followed him home and appeared to be reaching for a weapon. White flashed his legally owned gun in response, he told his hometown paper the Dothan Eagle in Alabama.

The Associated Press reports that White has been indicted and charged with one count of aggravated assault with a deadly weapon.

He explained the situation in a statement to the Dothan Eagle:

“On the day of October 20th, 2017 I was involved in a road rage incident in which my life was threatened and resulted in me having to draw my weapon. I was getting off of highway 121 onto the access road near Tennyson Parkway in Plano, TX where I was met by an aggressive driver. I was trying to get over to avoid running into the wall where the lanes merge, but he then increased speed forcing me to make the decision to either run into the wall or cut him off.”

“I eventually made my way in front of him and he proceeded to ride very closely and aggressively on my tail. I hit the brakes to get him off of me and could then see him becoming very angry in my rear view mirror. He then sped up again and I hit my brakes again and after this time he pulled over to my driver side while still driving and proceeded to yell racial slurs such as the ‘N’ word while also threatening to kill me. Simultaneously while doing this he began to reach towards his glove box and that is when I flashed my weapon. He then hit the brakes, got behind me, and proceeded to follow me to my house. Upon arriving at my house I exited my car and went into my home as he sat outside and contacted the authorities.”

“We are very proud of the way he handled the entire situation,” Peter Schaffer said in a statement issued to Pro Football Talk. “He defused a potentially dangerous encounter and did everything by the book. He notified the team and his agent. The police have done a disservice to him by doing an inadequate investigation and filing charges with no proof or justification.”

As of press time, the National Rifle Association, which valorizes the right to self-defense, has not come out in support of Marquez White's right to bear arms.