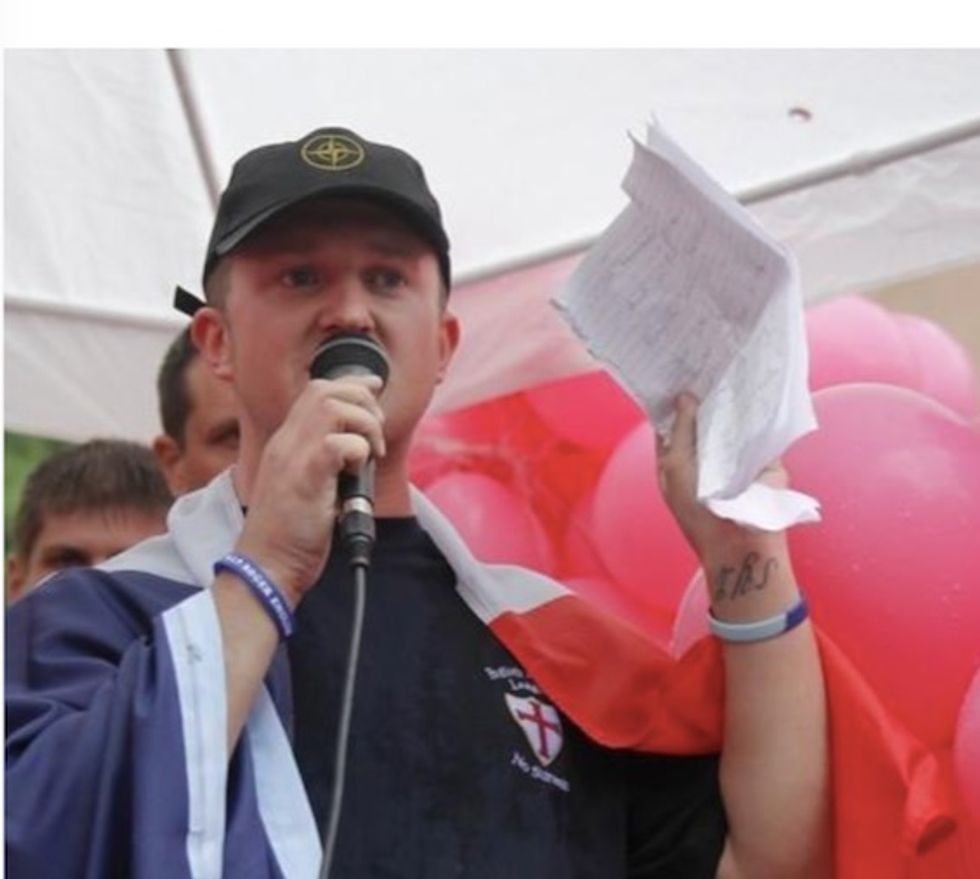 A representative of U.S. President Donald Trump raised the case of jailed British anti-Muslim activist Tommy Robinson with Britain’s U.S. ambassador following lobbying by the right-wing Breitbart.com website, according to a British government source and a pro-Robinson campaigner.

Brownback told Darroch that British authorities should be aware that the website was making noise about the case, the source said. The British Embassy in Washington has made no public comment on the discussion.

Three pro-Robinson campaigners said there were multiple direct contacts between Brownback, his aides, people connected to Breitbart.com and other groups protesting Robinson’s imprisonment.

One of the pro-Robinson activists with direct knowledge of the issue said Brownback personally expressed dismay at British laws restricting news coverage of pending and ongoing criminal trials.

Neither Brownback nor the U.S. State Department immediately responded to requests for comment.

Robinson was arrested in late May outside a courthouse in Leeds, England, while making video recordings about a trial related to child molestation. He was jailed for 13 months. Robinson’s trial lawyer did not immediately respond to a request for comment.

Robinson’s real name is Stephen Yaxley-Lennon, though he uses a number of aliases. He is a founder of the English Defence League, which has organized violent demonstrations against Islamic immigrants in the UK in the past decade. More recently, Robinson has branded himself a journalist and campaigner against Islamic extremism, a move that won him contacts with American anti-Muslim activists.

U.S. Congressman Louis Gosar and a former Breitbart London editor were among speakers who addressed thousands of protesters at a pro-Robinson rally near the British parliament on Saturday.

Bannon did not participate in Saturday’s pro-Robinson protest. But in a radio discussion with Nigel Farage, former leader of the anti-immigrant United Kingdom Independence Party, Bannon said Robinson should be released from prison.