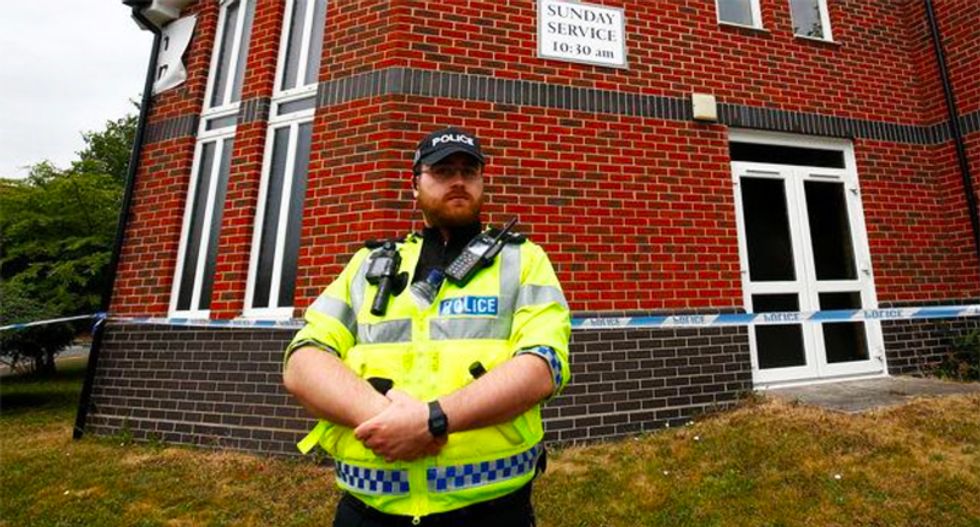 Two British citizens were critically ill in hospital on Wednesday after they were poisoned with the Novichok nerve agent which struck down a former Russian agent and his daughter in March, Britain’s top counter-terrorism officer said.

The British pair, a 44-year-old woman and a 45-year-old man, were hospitalized after being found unwell on Saturday in Amesbury, just a few miles from Salisbury where ex-double agent Sergei Skripal and his daughter Yulia were attacked in March.

“I have received test results from Porton Down [military research centre] which show that the two people have been exposed to the nerve agent Novichok,” Neil Basu, Britain’s most senior counter-terrorism officer, told reporters.

UK counter-terrorism police are now leading the investigation, though Basu said it was unclear how the two people came into contact with the nerve agent or whether they had been specifically targetted.

Amesbury is just seven miles (11 km) north of Salisbury, where the Skripals were found slumped unconscious on a bench on March 4.

Police have cordoned off at least five different areas, including a park and a property in Salisbury, and a pharmacy and a Baptist church community centre in Amesbury although health chiefs said the risk to the public was low.

Britain accused Russia of poisoning Skripal with Novichok nerve agent, the first known offensive use of such a chemical weapon on European soil since World War Two.

The attack prompted the biggest Western expulsion of Russian diplomats since the Cold War as allies in Europe and the United States sided with Prime Minister Theresa May’s view that Moscow was either responsible or had lost control of the nerve agent.

Russia denied any involvement and suggested Britain had carried out the attack to stoke anti-Russian hysteria.

Moscow has hit back by expelling Western diplomats, questioning how Britain knows that Russia was responsible and offering its rival interpretations, including that it amounted to a plot by British secret services.

Paramedics were called on Saturday morning to a house in Amesbury after the woman collapsed and returned later in the day when the man also fell ill.

The pair, who are being treated at Salisbury District Hospital, were initially believed to have taken heroin or crack cocaine from a contaminated batch but tests showed they had been poisoned with Novichok, a nerve agent developed by the Soviet military in the Cold War.

“We are not in a position to say whether the nerve agent was from the same batch that the Skripals were exposed to,” Basu said. “The possibility that these two investigations might be linked is clearly a line of enquiry for us.”

The hospital is where the Skripals also spent weeks in a critical condition before slowly recovering and being discharged.

Russia has said it does not possess such nerve agents, did not develop Novichok, and President Vladimir Putin dismissed as nonsense the notion that Moscow would have poisoned Skripal and his daughter.