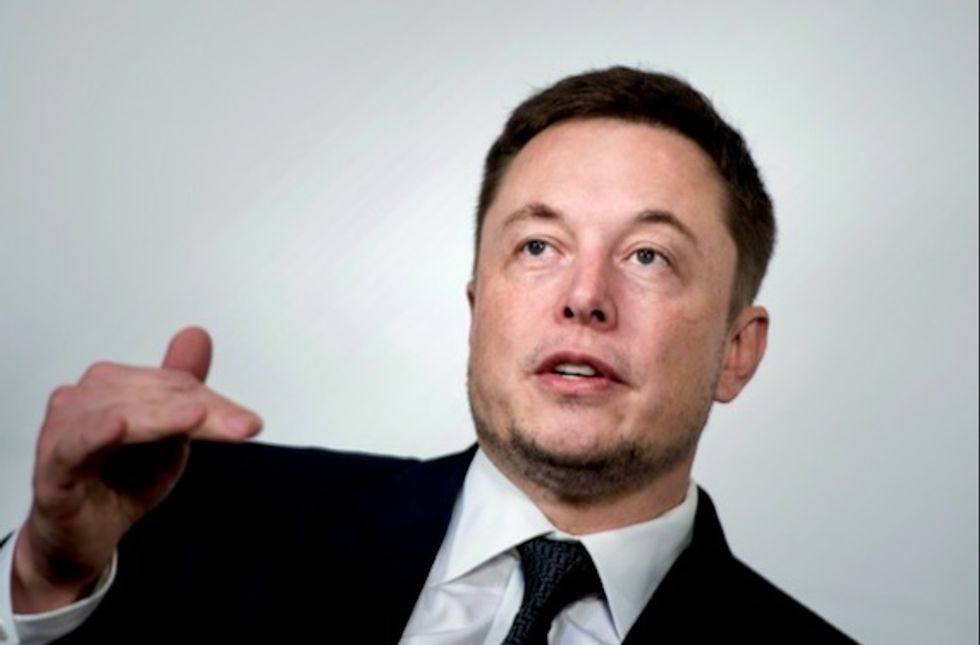 A British caver who helped rescue 12 boys from a Thai cave said Monday he may take legal action against Elon Musk after the entrepreneur called him a "pedo".

Tesla CEO Musk launched the extraordinary tirade against Vernon Unsworth without providing any justification or explanation, after the cave expert slammed his offer of a miniature submarine to extract the footballers from the Tham Luang cave as a "PR stunt".

The "Wild Boar" team were rescued last week by an international team of divers through a narrow network of twisting, flooded tunnels.

Unsworth, who provided mapping knowledge of the cave to rescuers, said Musk's prototype would have had "absolutely no chance of working".

Musk responded Sunday in a bizarre series of tweets referring to Unsworth, without using his name, as "pedo guy". "Pedo" is short for paedophile.

The entrepreneur doubled down on his claim, tweeting from his official account to more than 22 million followers: "Bet ya a signed dollar it's true".

Musk later deleted the tweets and did not immediately respond to a request for comment through Tesla.

Unsworth told AFP on Monday he had not reviewed the tweets in full and had only heard about them.

But asked if he would take legal action against Musk over the allegation, Unsworth said: "If it's what I think it is yes."

The caver said he would make a decision when he flies back to the UK this week, but added that the episode with Musk "ain't finished".

Unsworth, who lives part of the year in Thailand, took part in the gargantuan 18-day effort to retrieve the 12 boys and their coach, a mission that ended on July 10 when the last five members were extracted.

The boys are all in good health and expected to be released from the hospital Thursday.

Reports emerged Monday that two Australian divers who took part in the rescue had obtained diplomatic immunity before the operation in case it failed.

Anaesthetist Richard Harris and diver Craig Challen were protected from prosecution if anything went awry following negotiations between Australian and Thai authorities, according to Australian broadcaster ABC.

Challen said the divers had been uncertain if they would be able to save all 12 boys and their coach in the "life and death" rescue mission.

"It wasn't dangerous for us, but I can't emphasise enough how dangerous it was for the kids," he told Perth's Sunday Times.

The boys got stuck in the cave after wandering in on June 23 after football practice only to find themselves trapped by rising floodwaters.

They were found nine days later on a muddy embankment several kilometres (miles) inside.

The unprecedented operation to haul them out involved sedating the footballers and swimming and carrying them through tight, waterlogged passages.

Musk had proposed using "a tiny, kid-size submarine" featuring technology from his space exploration firm to evacuate the boys, and travelled to Thailand with a prototype last Tuesday.

Musk's tweets attacking Unsworth prompted condemnation from those who took part in the mission to save the boys.

Claus Rasmussen, a Danish national and instructor at Blue Label diving in Phuket, called the allegations "inappropriate" and praised Unsworth's role in the rescue.

"He was one of the driving forces in getting everything done and clarifying for us divers what was going on," he told AFP.

Musk had earlier triggered controversy after tweeting that the Thai rescue chief, who had declined the submarine prototype offer, was not really in charge of the operation.

"He's just a PR stunt merchant -- that's all he is," Unsworth said.