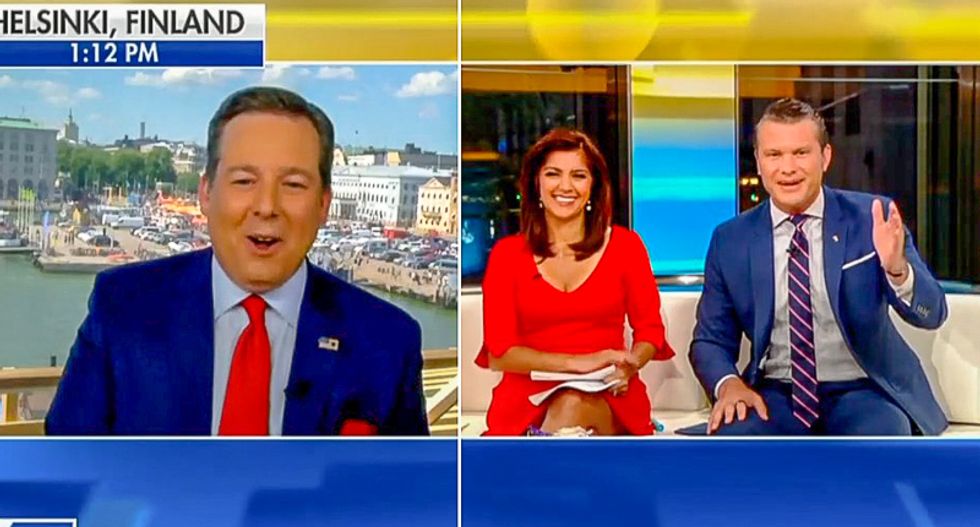 The Fox News morning show Fox & Friends on Sunday claimed in a tweet that special counsel Robert Mueller's investigation had not implicated anyone from the Trump campaign.

Hours before President Donald Trump was scheduled to meet with Russian President Vladimir Putin, Fox & Friends tweeted a video clip and asserted that Mueller "still hasn't tied anyone from the campaign to the probe."

As CNN's Brian Stelter pointed out, the tweet erroneous claimed that Mueller is looking to end the probe because no members of the Trump campaign have been "tied" to the case. In fact, several members of Trump's 2016 campaign have already been indicted in Mueller's probe -- including campaign chairman Paul Manafort.

What the Post ACTUALLY reported: "The special counsel is pushing to wrap up a significant portion of his investigat… https://t.co/cGbcizGOd8
— Brian Stelter (@Brian Stelter) 1531657282.0

CNBC's John Harwood found the tweet so outlandish that he joked that it came from a "parody" account.

In a clip associated with the tweet, Fox & Friends host Pete Hegseth complained that Mueller's team had found no "colluson."