California Dem unleashes on GOP during Strzok hearing: 'The FBI hasn't magically been transformed into a left wing organization' 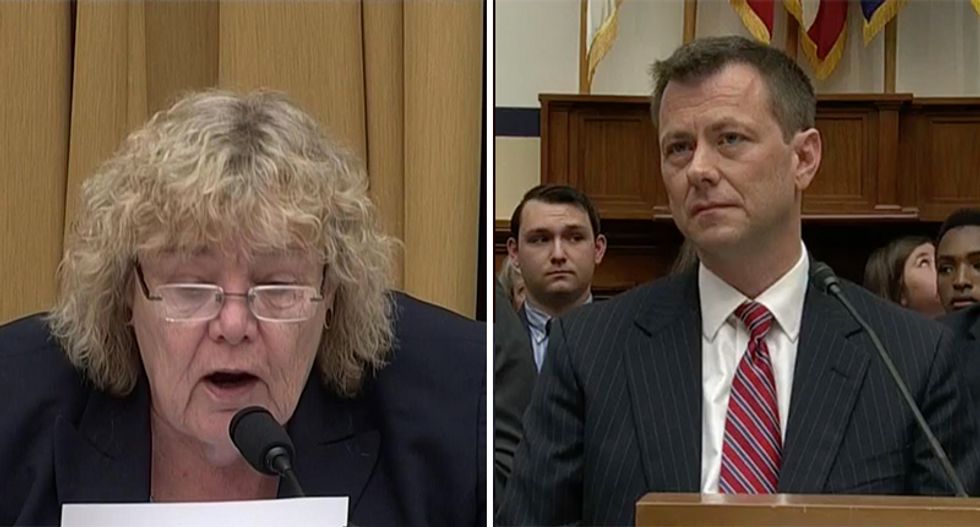 Rep. Zoe Lofgren (D-CA) nailed her fellow committee members during the hearing with FBI agent Peter Strzok about the nonsensical portrayal of the bureau to the American public.

"I just want to talk at a more macro level about what's going on here," she began. "You know, one of the things I try to do is to imagine how I would feel if various things had been done or said about a member of my own party who was president. And how I would react, because I think it's important to try and understand that."

She explained that Strzok acknowledged his text messages out of context could make any Trump supporter uneasy about his intentions and raised suspicions.

"The fact that you also had highly critical texts of the Attorney General Eric Holder, of Gov. Martin O'Malley (D-MD), of Sen. Bernie Sanders (I-VT), I mean, isn't really relevant," she continued. "They were not, to the best of my knowledge, subject to an investigation. So, you know, it was important that the inspector general go in and take a look to find out for us, for this committee, and for the American people what really happened, and he did."

She noted the IG interviewed many people and chastised Strzok, but found that there wasn't any bias involved that would influence his job.

"Now, you know, to listen to some of my friends, you would think that the FBI, which I had always felt was made up of conservative law enforcement people, had magically been transformed into a left-wing organization," she said. "That's not my understanding and, in fact, if you take a look at the people in charge, you've got Mr. [Christopher] Wray, who was appointed by Mr. Trump who was not a Democrat, Mr. Comey, who was appointed by Mr. Trump, he's not a Democrat. I happen to know that Robert Mueller is not a Democrat. So, these are not political designates made by political operatives."