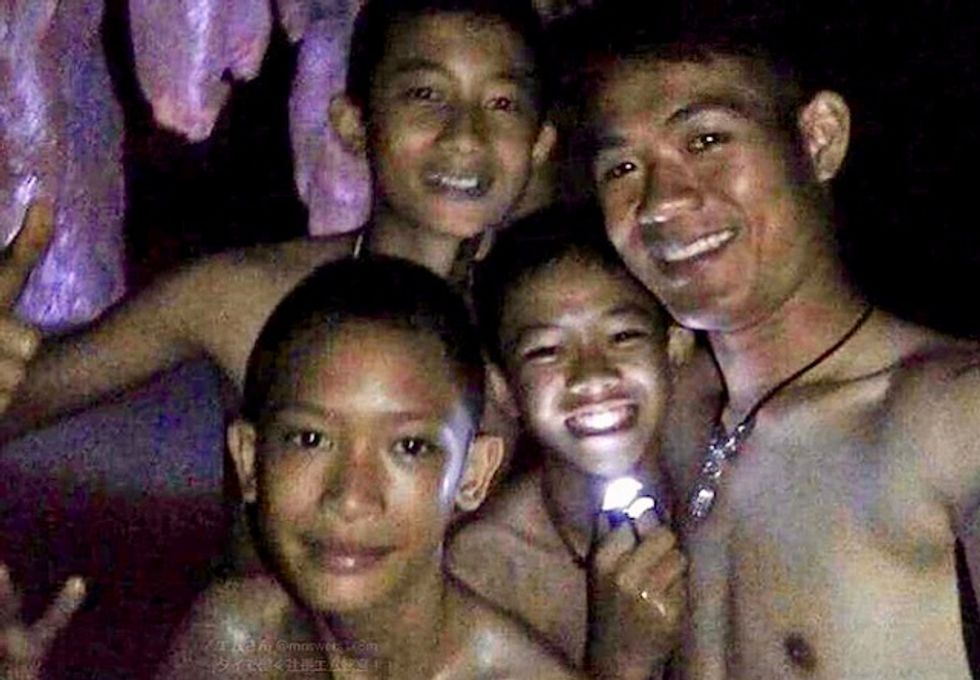 After their traumatic ordeal deep inside a dark and flooded mountain cave, Thailand’s 12 rescued boys and their young soccer coach will now have to navigate a fresh challenge: Fame.

The boys, aged 11 to 16, will spend at least a week in hospital and a month at home, health officials said, following a daring rescue from the Tham Luang cave complex in the northern province of Chiang Rai that captivated the world.

“He was trapped in a cave and everyone in the country and from around the world had to come and help him. What do we have to give them in return?” Kham-oey told Reuters.

“We have nothing, so he must be a good boy.”

They already face the pressure of rising expectations.

The head of the Thai navy SEAL diving team involved in their rescue urged the boys to make the most of their lives and “be a force for good”.

Global attention on their fate and the multinational rescue has put the area firmly on the map, with plans for a museum to showcase the rescue.

Despite the heightened interest and pressure, the boys need to live as normally as possible, said Dr. Andrea Danese of the Institute of Psychiatry, Psychology and Neuroscience at King’s College in London.

“The boys need to go back to their normal life, to their daily routines, in order to fully appreciate that the threat is over,” said Danese, who heads the institute’s stress and development laboratory.

His research suggested up to 20 percent of the boys may develop longer-term psychiatric disorders such as depression, anxiety and post-traumatic stress disorder.

Prime Minister Prayuth Chan-ocha has asked that the boys be given time and personal space to recover. “The best way is not to bother them and let them study,” he told reporters this week.

Thai authorities have prevented the world’s media, camped in cafes and at street corners outside the hospital in Chiang Rai, from interviewing the boys, and with good reason, Danese said.

“Intense media scrutiny might act as a reminder of their traumatic experience and prevent them from settling back to normal life,” he said.

The story is already set for a retelling by Hollywood, with two production companies looking to put together movies about the boys and their daring rescue.

It was a similar case eight years ago when 33 gold miners spent 69 days trapped underground at the San Jose mine in northern Chile.

One of the miners, Jorge Galleguillos, told Reuters the parents of the cave boys should ensure they have no unaccompanied contact with lawyers or journalists.

A movie starring Antonio Banderas called “The 33” was produced in consultation with the miners - who are taking legal action against their own lawyers following a dispute over the profits from the film.

Two of the accused lawyers told Reuters that the accusation was “without substance”.

“A lot of parasites will want them to sign the rights to books, to films,” said Galleguillos. “It’s dangerous, after everything that’s happened, that you become a global celebrity and everyone wants something from you”.

For now, the families are focused on the more immediate relief of being reunited with their loved ones.

“I’m just happy he got out of the cave”.