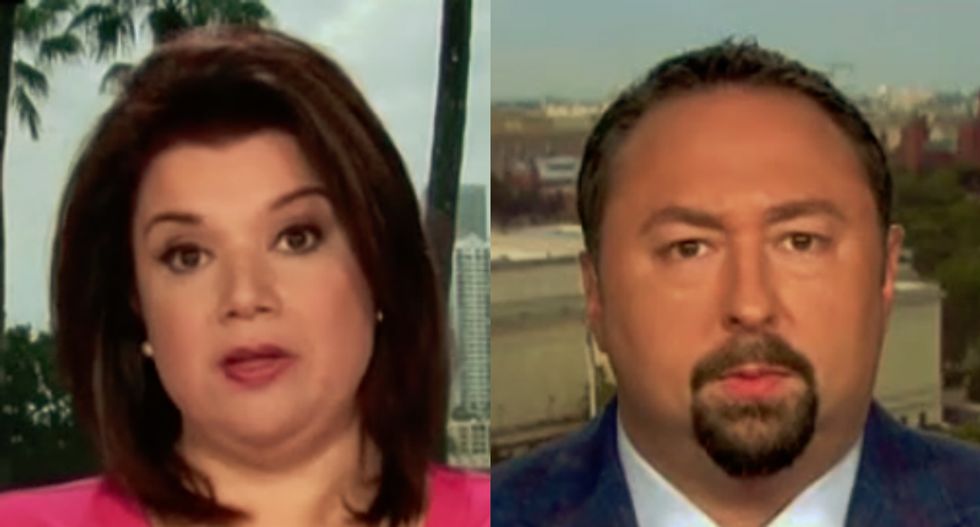 CNN's Ana Navarro took Trump booster Jason Miller to task when he tried to use statistics to excuse the administration's family separation policy.

In a discussion hosted by anchor John Berman, Miller argued that the Department of Health and Human Services' apparent inability to track the exact number of migrant children in their care as the deadline to reunite families looms "makes this a numbers argument as opposed to the human element."

"The public polling has shown 64% of people think those who enter the country illegally should be deported but 88% of people think that families should be kept together while they're going through that process before they deport them so it's clear people don't want to see families separated so we need to get them back together as soon as possible," the Trump surrogate said, adding that the Trump administration is "working hard to this point."

"It's not going to go away," Navarro rebutted. "It's a story that has now lasted for more than two months and it's a story that keeps tugging at the heartstrings of America. We see the heart-wrenching images of little children reuniting with their parents, with their mothers as we saw yesterday, finally, a lot of it has been as a result of court action."

"I think you're going see a lot more court action come out of this situation," she continued. "When the government does not meet its deadlines, it's amazing, they can't even give you a number of how many kids are in custody and still separated. And they're supposed to reunite all of those kids in a matter of days."

Navarro argued that "if Fedex was doing this with shipments of widgets we'd be in an uproar. We would be clogging up the customer lines because they couldn't find my new pair of shoes I just ordered on Zappos. And these are children!"