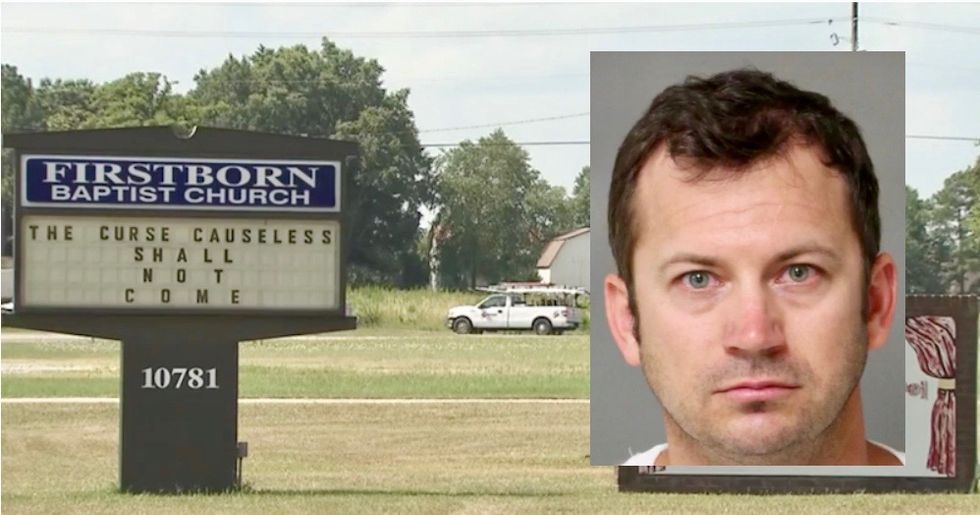 A North Carolina Christian school teacher's arrest on 13 charge of molesting children has opened the floodgates on stories of abuse from inside the church, WRAL reports.

Jonathan Young, 34, of Benson, N.C. was a Sunday school tecacher at Firstborn Baptist Church in Benson. N.C. He was charged with rape of a child and other crimes. In the wake of that investigation, former church members are stepping forward with harrowing stories about Firstborn Baptist, which they describe as a cult.

One former member, Beka Foust, was brought into the church by her family at age five.

"They would put me in the closet with a light out and I would just sit there all day," Foust told WRAL. "I was allowed to eat once."

Foust's sister Cherith Roberson, 32, said she had a friend who was beaten so loudly that the entire church could hear it.

"She was beaten and everybody in the school could hear it happening.," she said of her friend. "There was a lot of physical and emotional abuse that went way beyond spanking."

The two women believed the church would be busted, but "they never thought [Jonathan Young] would be the one arrested." They said they both loved and trusted him.

"If you look up the definition of cult in the dictionary, I'm pretty sure the picture of this church would be right beside of it," Roberson said. "It's definitely a cult."

The Sunday school teacher, Young, is in county jail under $1 million bond.