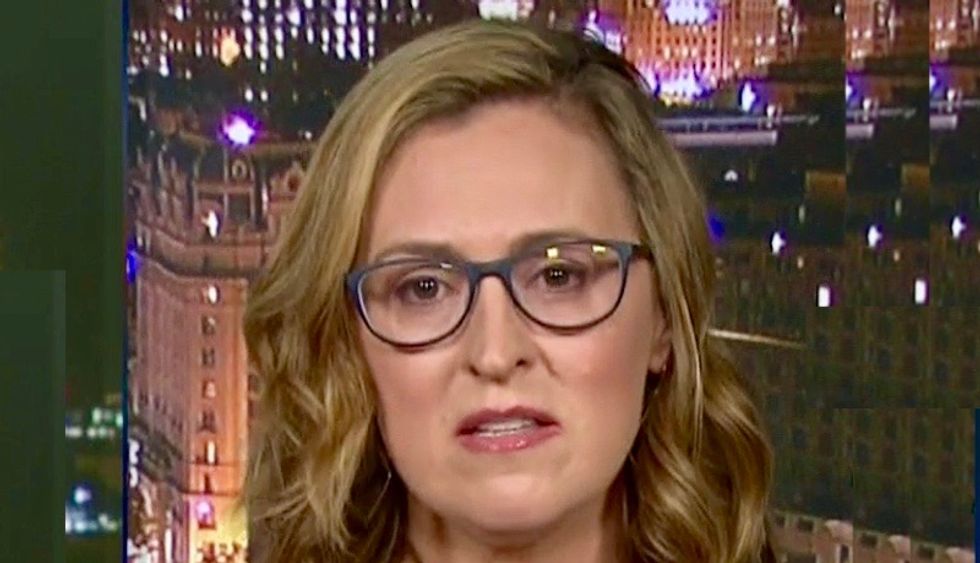 Appearing on Don Lemon's CNN program, Bakos expounded upon a tweet where she warned that "the republic is burning."

Bakos said that American democracy is in a very fragile state.

"Now we see how weak these institutions are it comes up against authoritarian measures," she said. "The institutions themselves aren't built for this. Our democracy is fragile enough right now because of the erosion that's happened. W're starting to see and not feel quite impactfully as we should some of the things that authoritarians have typically done throughout the years."

The problem, Bakos said, is that the Constitution designed our government to have checks and balances—and they have failed under the Republican Party's failure to hold President Trump accountable. As a CIA analyst, she would have flagged this.

"This is what we would call an early warning analysis," she said. "We would talk about the fact that, here are the signposts along the way and the signals that measure authoritarian values that crop up.... you're eroding democratic norms."

USA Today columnist Kirsten Powers, who was also on the panel, agreed.

"This is what happens in every country before the fall. Some people say, people are being alarmists, everybody's overreacting. When things are starting to crumble people literally say 'Our institution's too strong, people can stand up against this," she said.